By LRU Writer | On: June 06, 2019
David Hudson is an American singer and actor mostly known by his stage name...He is also the younger brother of famous singer...In 2012, he made an appearance in his sister's autobiographical documentary titled...He also acted in the short film... 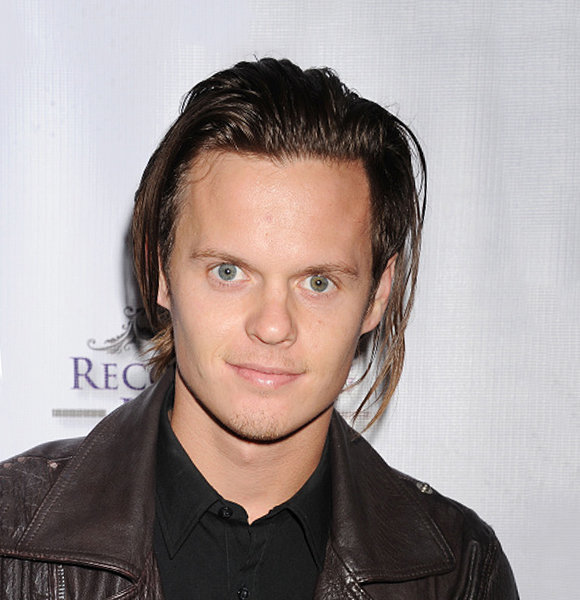 David Hudson is an American singer and actor mostly known by his stage name, Hudson. He is also the younger brother of Katy Perry, a world-renowned pop singer with a net worth of $330 million. Incredibly close to his sister, he made an appearance in his sister's autobiographical documentary titled Katy Perry: Part of Me in 2012.

He also acted in the short film Never Forget (2011) which was inspired by the events of  9/11 attacks in New York.

David was born on 11 August 1988 in Oklahoma, USA but went grew up in California after his parents moved there. He is the youngest one in the family with two elder sisters: Katy Perry and Angela Hudson.

Although his sister Angela was also active alongside Katy for vocal coaching during childhood, she didn’t pursue her career in singing like Katy and David.

The three siblings grew up in a financially unstable Christian family; their parents: Mary and Keith Hudson are devout and active Pentecostal Pastors. They founded a church in California in 1980 and wrote several religious books including Smart Bombs.

Mary's religious belief had several impacts on the family's several affairs. Moreover, David and his sisters were even forbidden from eating the Lucky Charms brand serial as his mother, considered the term “luck” as a reminder of Lucifer in the Bible.

He completed his schooling from Dos Pueblos High School along with his sister Katy. However, the siblings didn’t end up going to the same college as his sister moved to Santa Barbara to join the Music Academy.

David's interest in music had him write songs at the young age of 12.

Although David hasn’t yet tasted the height of success and fame like his sister, Katy has been a supportive figure in many steps of his career. In 2013, Katy even came out to Hollywood nightspot, Bootsy Bellows, to see her David perform at a gig and release a single. David was accompanied by several of his sister's celeb friends at the event, including Paris Hilton, Mary-Kate Olsen, and David Arquette.

In February 2018, David tied the knot with his longtime girlfriend in the presence of his parents, sisters, and well-wishers. Luckily, at the ceremony, it was Katy who caught the bouquet thrown by David's bride as per the tradition.

Since it is a held belief that the one who catches the bouquet becomes the next bride, as of today, his sister Katy is engaged to actor Orlando Bloom in 2019. So, it seems that some prophecies do come true!