By LRU Writer | On: December 30, 2019
Eniko Hart is the wife of star comedian Kevin Hart...she is in a marital relationship with him for many years...engagement took lace on...and their wedding was held at...their son served as the best man...the celebrity wife is of mixed ethnicity...has American nationality...net worth is not known, however...her wiki including her age and height are given below... 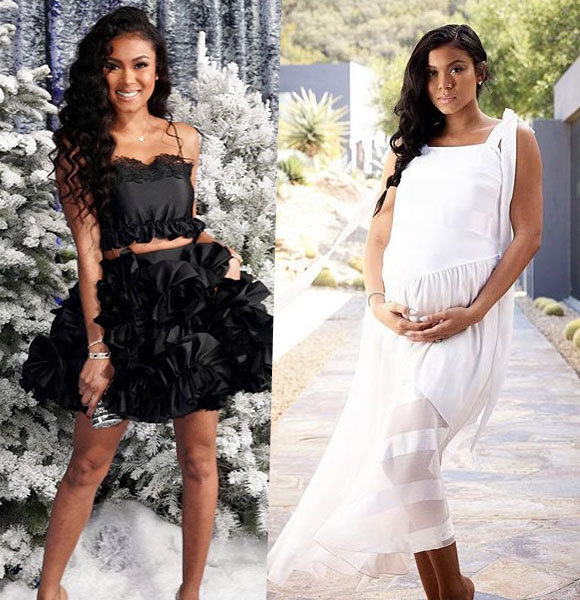 Eniko Hart, or formerly Eniko Parrish, is a celebrity. She is the wife of superstar comedian-actor Kevin Hart and gained her celebrity status through the marriage.

Eniko is the second wife of Kevin and has been with him for a long time. She is also a mother to three kids - two stepkids and a son of her own.

Eniko has a long history with Kevin Hart. The couple has been together for a decade and is leading a strong yet sometimes-chaotic relationship.

It all began in 2009. There is no official date as to when did Eniko and Kevin started dating. But, despite having been with each other from 2009, they only made their first public appearance after Kevin’s divorce with his ex-wife Torrei Hart was legally finalized.

The discrepancy in the dating and divorce dates raised questions on whether Eniko broke up Kevin’s first marriage. However, the accusations haven’t been confirmed by anyone.

The pair dated till August 2014 when Kevin finally realized that he wanted to be married to Eniko. So, he popped the question to her on 19th August 2014, Eniko’s birthday. She said yes, and the couple entered engagement.

The duo chose to stay engaged with each other for almost two years after that. Finally, on 13th August 2016, Eniko walked down the aisle with Kevin. The wedding- held in Santa Barbara, California- was joined by Heaven and Hendrix, with Hendrix serving as the best man.

No relationship is free from the threat of misjudgment from one of the partners. And, in Eniko’s case, it was Kevin’s error in judgment that created a bit of a rift in their married life.

In June 2017, Kevin was said to be cheating on Eniko with a mystery woman. But, Eniko's husband slammed down the rumors by denying the allegations.

But again, In September 2017, Kevin took to his Instagram to reveal that he had made a “bad error in judgment” in the past. That error was that he got engaged in explicit activities with model Montia Sabbag. A secretly-made video of their activities was used to blackmail Kevin, and he chose to own up to his mistakes instead of bowing down to the extortioners. Kevin also admitted to cheating on Eniko during an interview with The Breakfast Club in December 2017.

However, Eniko and Kevin got through this hurdle with his promise to try and be better. With the reconciliation, they welcomed their new kid: son Kenzo Kash Hart on 21st November 2017. The family is living happily now. Eniko and Kevin often share pictures of their children frequently on their Instagram and Twitter, and the couple is also seen on various red carpet events.