By LRU Writer | On: July 19, 2019
A WWE wrestler and a Harvard graduate lawyer! It is an unusual combination to have in a resume...But David Otunga is the unique individual with killer physique along with brains...After finishing his education from the prestigious Ivy League school, he worked in a law firm for a while... 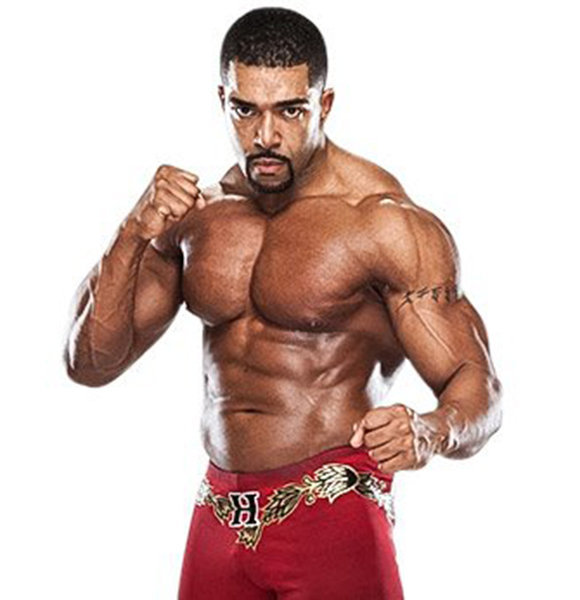 A WWE wrestler and a Harvard graduate lawyer!

Indeed an unusual combination to have in a resume. But, David Otunga is the unique individual with killer physique along with brains. After finishing his education from the prestigious Ivy League school, he worked in a law firm for a while.

Things were looking up for him as Columbia University hired him as a lab manager for a neuroscience center. But, his heart just wasn’t on being a lawyer or a scientist. Instead, he wanted to be a wrestler and an actor.

Thus, he left it all to pursue his dreams and made his name in the entertainment industry.

The wrestler started dating Oscar winner Jennifer Hudson in 2007. After dating for a year, David proposed his girlfriend on 15th September 2008.

Less than a year after getting engaged, the couple welcomed their son David Daniel Otunga on 10th August 2009. Yet, the pair were in no hurry to become husband and wife. When asked in various interviews, the couple revealed that they never planned a wedding. Fans were convinced that the pair just loved being engaged and liked their lives as it was.

But, the haters dissed Jennifer on her alleged weight loss after pregnancy and even went on to call her fiance’ gay.

Well, the haters and admirers alike were left shocked when the pair announced their split in 2017.

Far from an amicable one, the separation was an explosive affair. The Elgin native accused his singer girlfriend of having a relationship with her music producer, and in return, Jennifer accused him of threatening behavior and aggressive attitude.

The legal authorities investigated her claims but cleared David of any crime. However, things escalated between the exes when both wanted sole custody of their son.

After a year-and-a-half legal battle that started in mid-2017, David and Jennifer reached an agreement in July 2019. However, fans will not get to know the decision the court took as the couple signed a  gag order in 2017. The deal restricts them from talking to the public about the child support and custody agreement.

While neither David nor Jennifer made any comments about the hearing, David’s attorney did mention that Jennifer had filed a meritless Petition for an Order of Protection in 2017. It would grant her an unfair advantage in the custody ruling.

Net Worth Revealed, About Parents

After getting a start in the industry from the reality show I Love New York 2 in 2007, David’s career went from strength to strength. Well, he plunged into his another passion; wrestling via Florida Championship Wrestling in 2009. Eventually, he worked in WWE as a wrestler.

Due to his burgeoning wrestling career, he got noticed and was cast in Halle Berry starrer, 2013 movie The Call. In 2019 he appeared in A Madea Family Funeral, a comedy movie.

The WWE Tag Team Champion retired and occasionally visited the ring as an announcer of SmackDown Live and Raw till date. Due to his acting and wrestling gigs, he has managed to accumulate a net worth of $10 million.