By LRU Writer | On: December 29, 2019
From Weight Gain To Weight Loss..., it doesn't come as a surprise that Dawn French's net worth stands at...is married to a therapist, and co-founder of a support charity called 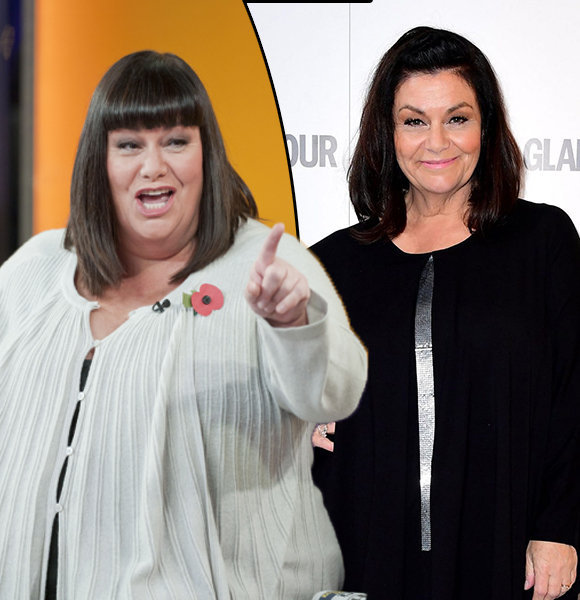 Dawn French is best credited as the actress and writer of BBC's hit show Absolutely Fabulous (1992). Also, she is well known for her recurring appearance in numerous TV shows such as Wheels on the Bus (2006), A Bucket o' French & Saunders (2007), and Psychoville (2009).

Moreover, her works in movies are equally notable as well. She even lent her voice for the iconic animated film Coraline (2009) and appeared in Harry Potter and the Prisoner of Azkaban (2004).

So, taking into account her impressive acting resume, it doesn't come as a surprise that her net worth stands at $10 million.

Dawn French is married to Mark Bignell, a therapist, and co-founder of a support charity called Hamoaze House. As per reports, their wedding was held on the 20th April 2013 at Scarlet Hotel near Newquay, Cornwall. Around 70 guests, including celebrities such as actress Jennifer Saunders, singer Alison Moyet, actress Kathy Burke.

It all started when Dawn began dating Mark in 2011 after being introduced to him by her late mother, Roma. Interestingly when they first started seeing each other, her partner wasn't aware of her celebrity status, which did come as a shock to her. However, this very fact was the main reason she was attracted to him in the first place. As of today, the lovely pair are still together, but she chooses to keep a low profile on her married life.

Dawn was previously married to actor Lenny Henry for 26 years. Their wedding was held on 20th October 1984, and throughout the relationship, they never put any effort into having a biological child. Instead, she and her ex-husband took a mutual decision to adopt a three-week-old baby girl in 1991 and named her Billie Henry.

She soon separated from Lenny officially on 25th October 2010 right after their daughter turned 18 years old. Still, the two remain in good terms despite the divorce. Talking about her daughter, she found herself in legal trouble in December 2019. Her daughter was accused of online harassment by Billie's ex-boyfriend Samuel King. As per the testimony, Dawn's daughter threatened her ex by sending online messages falsely claiming he abused her.

Sexually Abused As a Child :- CNN's Don Lemon Came Out as Gay in 2011: Boyfriend/Partner, Married?

As per the accusation, she showed coercive behaviors and demanded attention. However, her adopted daughter pleaded not guilty and freed on bail under the condition that she would not be allowed to contact her ex again.

From Weight Gain To Weight Loss

By 2019, Dawn had a considerable change in her figure as she lost seven pounds, and it was apparent through her public appearance in several events. The reason behind her decision to loose such a considerable amount of weight was a personal one as she has to prepare for hysterectomy (surgery to remove part of the uterus). Dawn French before and after her weight loss (Photo: irishmirror.ie)

Losing weight was a priority for her health reasons as the actress herself disclosed,

“When I was due to have my hysterectomy the doctor told me that if I could lose some weight before the op, they would be able to do it via keyhole, and I would recover in three weeks or so. Otherwise, it would be big open surgery, and three months to recover.”

Dawn, whose height stands 5 feet(1.52 meters) tall, underwent a strict diet routine to slim down as well along with regular exercise. Most importantly, she cut down on high-calorie diets.