By LRU Writer | On: March 03, 2021
Debbie Schlussel - Former Fox News Guest Who Initiated Cancer Controversy Says She Wasn't A Sexual Harassment Victim. Debbie Schlussel, an American attorney and political commentator, made fun of Jimmy Carter’s cancer diagnosis announcement, and that was enough to rage a tirade against Debbie. Maybe it is the attitude towards things or the way she is, in the wake of all the sexual harassment allegations, she says she never had to make one. 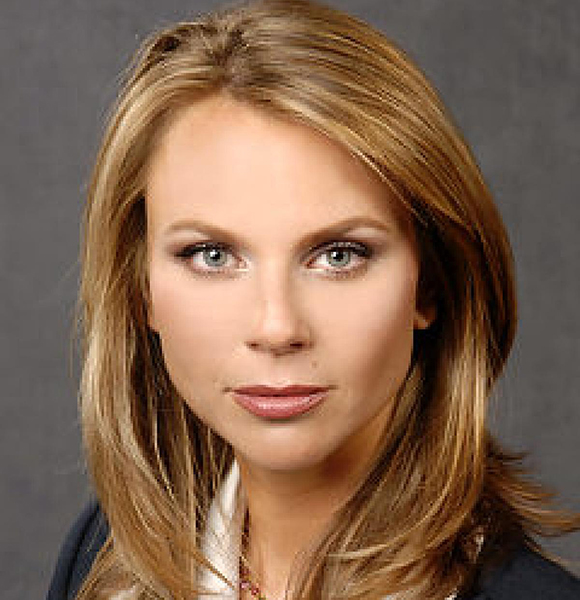 If someone ought to be famous, like in any way possible, then controversy is the way to go. Regardless of what the matter is, a controversy always has the guarantee to make someone the talk of the town.

But what happens when you make fun of an illness of a prominent TV personality? Well, ask Debbie Schlussel because, in this matter, she knows it best.

Debbie Schlussel, an American attorney and a political commentator, made fun of Jimmy Carter’s cancer diagnosis announcement, and that was enough to rage a tirade against Debbie. Let's take a peek into the depth of the matter along with the sexual harassment issue she got into!

In August 2015, Jimmy Carter, the former president, announced that he was diagnosed with metastatic melanoma, a type of cancer. The Fox News guest shared a Twitter post that she might have just posted to intend a sarcastic pun, but ALAS! Things went sideways for the 48 years old.

Debbie, as a media personality, has over 12 thousand followers on her Twitter platform, and the tweet she made referring Jimmy Carter’s diagnosis got a lot of attention in the form of disappointed comments and raging retweets.

Minutes later, Debbie made another tweet, where she referred that good men die young and that Jimmy Carter was 90, indicating Carter is a bad man.

Some of the comments are as follows;

.@DebbieSchlussel You are everything wrong about Conservatism & Religion. You are as bad as ISIS in your heart, and probably proud of it. — Scary Ari ???? (@postordinary) August 13, 2015

However, in the end, neither Debbie clarified anything nor did she apologize for her tweet.

Not a Sexual Harassment Victim!

Most recently, amid all the sexual harassment allegation that started with Roger Ailes who died shortly after being ousted from Fox News, it has grasped personalities like Bill O’Reilly and Eric Bolling, who even lost his son to that cause.

In recent events, Harvey Weinstein is also getting shots back at him after a series of allegations of sexual harassment. Moreover, for Debbie, it all started when a range of media outlets made headlines that she accused Sean Hannity, a Fox News host.

However, later in an interview with Newsweek, Debbie merely claimed that all the headlines and information were false and that she never accused Sean Hannity of anything, especially by using the phrase ‘sexual harassment.'

However, she did admit the fact that there have been numerous moments when she found Hannity to be a little over the line; for a couple of times. She revealed that in 2000, Hannity invited her to the hotel and clarified it more by saying that Hannity did not actually utter the words ‘hotel room’.

After a couple of refusal of Hannity's advances, Debbie, who made guest appearances on Hannity’s show, did not receive any further booking. But still, regardless of what happened, Debbie does not believe she was sexually harassed.

“I felt very uncomfortable and creeped out by Sean Hannity on several occasions, but it’s not accurate to say that I was sexually harassed. I don’t view it that way. I’m a practicing attorney, and I’ve done employment law and I think sexual harassment has a very specific definition.”

“I don’t think that this rose to that level. I thought it was totally inappropriate and I think he’s a weird, creepy, sleazy guy, But I didn’t use that phrase and I wouldn’t use it now.”

Hannity’s response? It was something that everyone saw coming,

“This individual is a serial harasser who has been lying about me for well over a decade. The individual has a history of making provably false statements against me in an effort to slander, smear and besmirch my reputation. My patience with this individual is over. I have retained a team of some of the finest and toughest lawyers in the country who are now in the process of laying out the legal course of action we will be taking against this individual.”

Debbie, who once called Hannity a gun-wielding confidante of Trump, took this threatening statement lightly because she did not believe there was anything to worry about and that his threatening were mere dialogues.

“He tries to imply that he’s going to sue me, but he doesn’t say he will because he’s not going to. If anyone should be suing anyone for defamation it should be me for this ‘serial harasser’ description with him. I don’t know what he’s talking about.”

Debbie, who also posted blogs claiming that Hannity was allegedly framing a charitable deed for his personal benefit, is not married and does not have a husband. Schlussel, who belongs to a Jewish family, has a boyfriend though, and according to her tweet, he is a Jewish as well.

Thx but I do have a boyfriend and I only date Jewish guys. Sorry. — Debbie Schlussel (@DebbieSchlussel) November 6, 2016