By LRU Writer | On: September 01, 2019
Debra Messing had her sights set on becoming an actor from her... when it came to acting but was left stranded with her relationship with husband... became pregnant to give birth to a son named... actress made good use of the staggering height of 5 feet 8 inches (1.73m) and gorgeous looks to grab the attention of the audience whenever she stepped in... 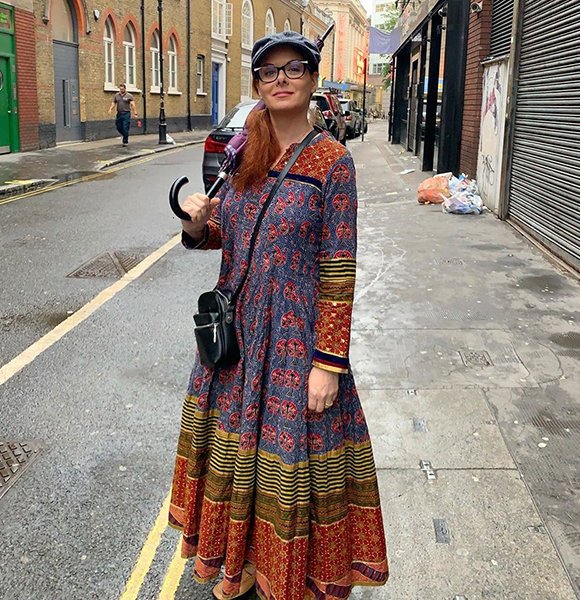 While graduating with a Bachelors' degree in theater, Debra Messing had her sights set on becoming a successful actress.

Furthermore, she enhanced her acting capabilities earning a master’s degree from the Graduate Acting Program at New York University.

With experiences in plays, dramas, and musical shows during her high school days, the Will & Grace regular went onto perform excessively well in the entertainment business.

Married To Husband Or Dating?

Debra Messing ticked all the boxes when it came to acting, but was left stranded by her relationship with husband Daniel Zelman - a screenwriter/actor by profession.

The couple had first crossed as graduates at the New York University in 1990. Since then, they excelled their love, dating for nearly ten years and getting married in 2000.

After four years of marriage, Debra became pregnant. And soon enough, she gave birth to a son named Roman Walker Zelman in April 2004. When everything looked perfect for the family of three, the Along Came Polly actress parted ways with her husband and filed a divorce against her husband in 2011. However, the divorce formulated only in 2016. Till then, Debra had already stirred love with Will Chase. The Smash couple shared two and a half years of togetherness beginning 2011 after both had suffered heartbreak from their previous relationship.

During their time as lovers, Debra & Will did not nurture any children and ended their relationship on friendly terms. As of now, the Searching actress is not dating anyone. She is probably focussed on her career and work schedules/

At the age of 51, Debra Messing is still able to pull off remarkable roles in films and TV shows alike.

Possessing a love for soap opera and musical dramas from a tinder age, Debra made her parents and brother proud as she made her family name known in the film industry.

As days passed by, she became better in her craft. Soon, Debra was an NBC series regular and has more than forty acting credits to her name till date.

The Starter Wife actress has made good use of her staggering height of 5 feet 8 inches (1.73m) and gorgeous looks to grab the attention of the audience.

Sitting at the top of the stack amongst the highest-paid celebrities, Debra Messing made a fortune out of her acting.

Staring off her professional career in a supporting role in the 1995 movie A Walk in the Clouds, the Brooklyn native went onto to become a regular for the NBC productions.

As of now, Debra charges $125K for her services per episode in any series which she signs. In addition to her hefty salary, she holds a massive net worth of $20 million.

However, as of late, the red hair blond is steering a varied political idea with Susan Sarandon. Reigniting a 2016 tweet in 2019, the two are back pulling each other legs regarding the actions of President Donald Trump.