By LRU Writer | On: February 07, 2020
Deion Jones is in a committed relationship with girlfriend...has been dating since...the player peaked very well financially from his NFL career at the start of... as well and continued the sport until she attended college...stands at the height of 6 feet 1 inch (1.8 meters)...whereas his weight measures at...at the age of...was named after the famous footballer... 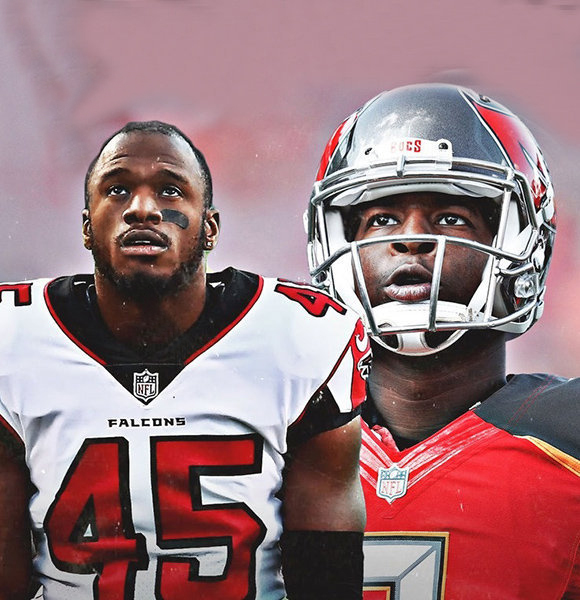 Professional NFL footballer Deion Jones jumpstarted his professional career in 2016 with Atlanta Falcons. He was even ranked the 6th best linebacker on the draft by Sports Illustrated.

Moreover, in 2017, Deion gained a victory against Los Angeles Ram due to his recorded ten combined tackles and pass. Likewise, a year later, he played as the replacement for Panthers linebacker Luke Kuechly for the Pro Bowl.

Deion is in a committed relationship with his girlfriend, Naja Cowan. The athlete first introduced her to his fans back on 11th December 2014 through his Twitter account.

His partner is a Loyola University graduate with a degree in Biology. Currently, she's pursuing a career as a medical nurse. Interestingly, she has a sporty background since she was a high profile track athlete as well and continued the sport until she attended college. Today, the pair have already stepped into parenthood as they have a daughter named Kali Ray Joy Jones. However, the sports icon has kept a low profile on his personal life for the most part.

The player peaked very well financially from his NFL career at the start of 2019. That year, he signed a four-year $57 million contract extraction with Atlanta Falcons.

Deion possesses a very athletic and impressive body features as required for his good performance in the NFL. His muscle is high twitch along with a tapered waist and powerful trunk.