By LRU Writer | On: November 24, 2019
Dele Alli has gone down as one of the most creative and talented football players in the...the soccer star is happy with his new adoptive parents, but his real parents also want him to accept them...the Spurs star was also linked to seeing Love Island beauty Megan Barton Hanson after the... 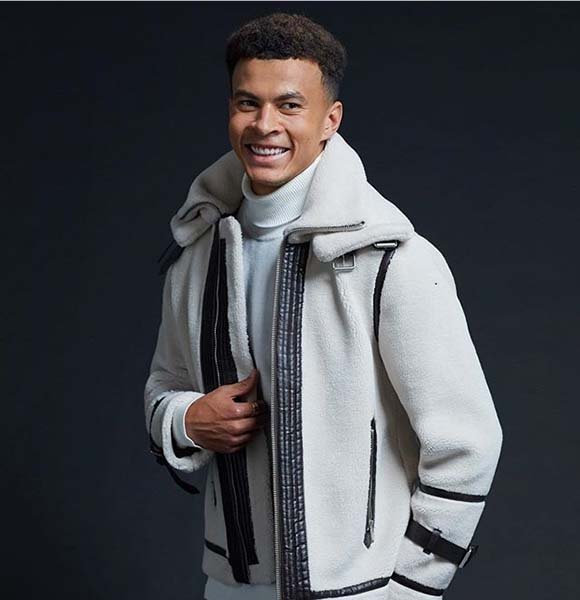 Dele Alli is one of the most creative and talented football players in the modern-day era. He is young, energetic, and ever so present on the soccer field. At such a young age, he has already tasted unprecedented success professionally.

Unfortunately, the same cannot be said about his family. The Tottenham Hotspur midfielder has been estranged with his birth parents and living with a couple who took him in since the age of thirteen.

Now, the soccer star is happy with his new adoptive parents, but his birth parents also want to mend their broken relationship. To know more about the matter, let’s go right into the article.

The England midfielder Dele Alli has been making a lot of headlines with his relationship with model Ruby Mae. The couple officially ended their two and a half years relationship in February 2019, but it seems that all was not broken for the former partners.

Despite announcing their split, the couple was in contact with each other. They were also spotted visiting one another after two months of their separation in July 2019. Thought the duo is not in dating terms, the fans see a possible patch-up between the pair. Besides that, the Spurs star was also linked to seeing Love Island beauty Megan Barton Hanson after the breakup. However, the reality star denied the rumors and clarified the situation.

As of now, the Spurs midfielder seems to be single.

Dele Alli was born as Bamidele Jermaine Alli in Milton Keynes, England, on 11 April 1996. His parents Kehinde and Denise Alli immediately divorced after his birth, and his father moved to live in the US.

Initially, his mother raised him, but she also had to look after three children -Barbara, Becky, and Lewis- from a different relationship. Being the sole person responsible for the children’s upbringing, things got complicated for the single mother. The huge responsibility took a toll on her as she could not afford the house bill and care for the children.

Further, she also developed a severe drinking problem, which often made Dele skip his training session. Soon when he turned thirteen, she decided to ship off the youngster to new parents; Alan and Sue. There he made friends with their son, Harry Hickford, and established a brotherly bond with him.

After a shift of houses, the England midfielder focused more on his soccer. He completed his youth soccer with MK Dons and made the senior team debut at the age of 16.

Similarly, he made his England team appearance for the Under-17,18,19 and 21 teams. After that, in 2015, he received his senior team call up and made his debut against Estonia.

Also, in the same year, he signed a five and a half year contract over $5 million with Tottenham Hotspur. Now, Dele is making a name for himself as a team regular for both his country and club.

Some Interesting Fact About Dele Alli: