By LRU Writer | On: May 15, 2019
Best known because of her work on the blog ABelleInBrooklyn.com, Demetria Lucas is a published author, nationally renowned public speaker, respected journalist, and a revered life coach...One need not go further than consider her weight loss for proof... Between October 2014 and December 2017, Demetria enjoyed a blissful married life with her then-husband... Attended by the old flames' close friends and relatives only, the wedding got chronicled on... 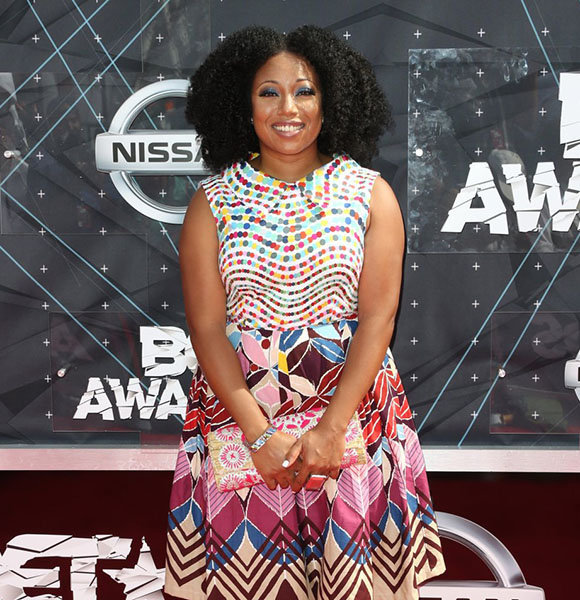 Best known because of her work on the blog ABelleInBrooklyn.com, Demetria Lucas is a published author, nationally renowned public speaker, respected journalist, and a revered life coach.

She is the brainchild behind two commercially successful books: A Belle in Brooklyn: The Go-to Guide for Living Your Best Single Life and Don’t Waste Your Pretty: The Go-to-Guide for Making Smarter Decisions in Life & Love.

In 2015, she made her reality TV debut with Bravo series Blood, Sweat, and Heels. In subsequent years, her TV appearance grew in numbers as she began providing pop culture commentary on Good Morning America, MSNBC and HLN.

Demetria - now age 38 - was born in Brooklyn, New York in 1980. A Cancer by birth sign, she celebrates her birthday on 9th July every year.

Same Birthday As Her:- Does Jenn McAllister Have a Boyfriend? Already A Mom, Dating Status Now

She spent a chunk of her childhood in Washington, DC. Her middle-class family background meant that her upbringing was reasonably comfortable. Of all the wisdom the blogger-turned-reality star inherited from her biological parents, none is more meaningful to her than the "10 percent lesson."

A supremely gifted child, Demetria excelled in academics from the beginning. After earning the high school diploma, she enrolled in the University of Maryland, College Park's English program. For her master's degree, though, she attended New York University to study Journalism.

Using her academics, the Brooklyn New York-native made strides in whatever endeavor she pursued. In spite of all the accolades and reverence, she boasts a meager net worth of $500 thousand.

On Her Weight Loss

True to her motivational speeches, the former Bravo star is always on the quest to out-do her last self. One need not go further than consider her weight loss for proof.

Around 2016, she stunned her fans when she began appearing leaner by the day. Per her blog post published that same year, she credited quitting alcohol and indulgence in the running behind the miraculous weight loss.

Between October 2014 and December 2017, Demetria enjoyed a blissful married life with her then-husband Greg D'Oyley. The former lovebirds - who met during a subway ride - tied the knot in New York at a "Harlem Renaissance" themed wedding. On the big day, the beloved journo wore a gorgeous white gown created by Andrea Pitter. Meanwhile, her former husband Greg looked dapper in a black tuxedo and a bowtie of the same color.

Attended by the old flames' close friends and relatives only, the wedding got chronicled on Bravo TV's reality series Blood, Tears, and Heels.

Another TV Personality:- Keyshia Ka'oir Is Now Married to Her Boyfriend Gucci Mane! Take s Peek into their Extra-Ordinary Wedding

But, Demetria's marriage to Greg never lived up to the grand nuptials. And, in December 2017, she announced their separation via a lengthy Instagram post. In the poignant caption, she opened up about contemplating suicide following year-long strife with her then-husband Greg.

Not once in the post did she suggest that Greg was the cause of the impending divorce. Instead, the author-turned-podcaster blamed her inner turmoil.