Who Is Demi Burnett Dating? | Meet Her Now Boyfriend 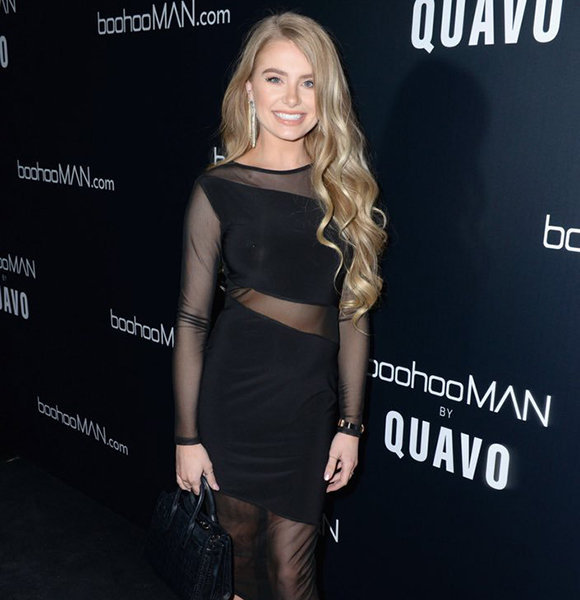 American reality star Demi Burnett had her first brush with fame as a contestant on the 23rd season of The Bachelor.

Later, she made her return to the Bachelor franchise via the 6th season of Bachelor in Paradise and ultimately bagged the winner’s title.

Apart from her fame as a reality star, Demi is also an internet sensation with 1.4 million followers on her Instagram account- demi_not_lovato.

Who Is Demi Burnett Dating? Demi first introduced Slater via an Instagram post on 14th February 2020, on which she addressed him as a friend. But, a few days later, on 22nd February, she shared a picture on which she was kissing him.

Her Previous Relationship With A Woman

During her time on Bachelor in Paradise, Demi Burnett came out as bisexual and shared her journey of accepting her queer identity.

Later, the reality star revealed that she had dated a woman named Kristian Haggerty back home.

They became the first same-sex couple in the Bachelor franchise’s history and ultimately got engaged at the end of the show. Demi Burnett with her then-fiancee Kristian Haggerty after their engagement on September 2019 (Photo: Demi Burnett’s Instagram)

However, the engagement did not last long. Demi and Kristian announced their split with an identical post on 31st October 2019, on which they thanked fans for their support and disclosed that the split was amicable.

However, during an episode of his podcast, Viall Files, Nick addressed the rumors by denying them. In the podcast, it was revealed that Demi and Nick were close friends, but their relationship was strictly platonic.