By LRU Writer | On: July 03, 2019
Denise Bidot became the first plus-size Latina model to walk the ramp at the...has made appearances in documentaries such as...was previously married to husband...started to raise her daughter on her own...now, the American model is busy doing... 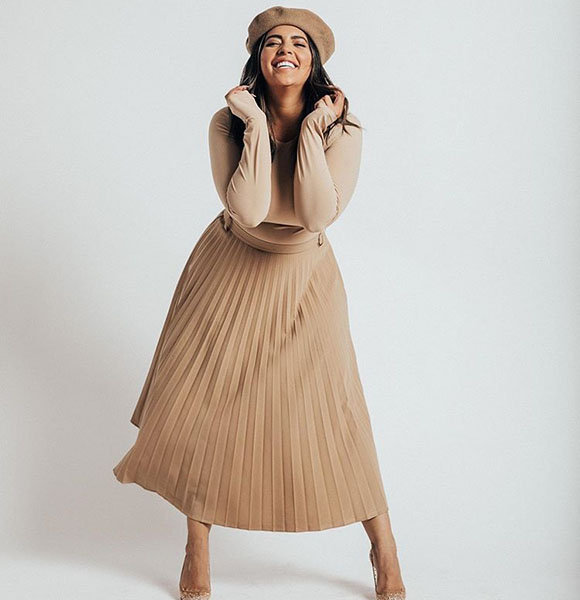 Denise Bidot has become an inspirational and revolutionary figure in modeling through her campaign, There Is No Wrong Way. She has raised awareness to break the stereotypical concept of beauty by working as a leading plus sized model.

In 2014, she became the first plus-size Latina model to walk the ramp at the New York Fashion Week. Apart from modeling, she has also made appearances in documentaries such as Straight/Curve: Redefining Body Image (2017) and Habla Women (2013), where she discussed the body image representation for women of all sizes.

Denise was born on 13th June 1986 in Miami, Florida, with a Puerto Rican and Kuwaiti ethnicity. Her mother Daphne Bidot was a beauty pageant queen, who indirectly became a source of inspiration for Denise to pursue a career as a plus-size model.

Her mother struggled to achieve a skinny body by following multiple diets to meet the demands of the show business. All of her mother's effort made sense to Denise after she grew up and went to California to become an actress.

In there, almost every producer wanted her to lose weight or drop her Latin accent and conform to their values of beauty. So, Denise put a hold on her acting dreams and resorted to working as a hairdresser. However, she was approached by a photographer later to work as a plus-sized model.

Gradually, she worked under contract for big brands like Levis and Forever 21 as a plus size model without compromising with her body image.

The model was previously married to a husband named Gregory Vrecenak in 2005. Denise had first met Gregory before the start of her modeling career and even conceived a child together named Joselyn Bidot.

But, the relationship with her husband didn’t work out, and she eventually started to raise her daughter as a single mom. As an activist, she is pushing her daughter to follow her footsteps.

In one of her inspiring letters dedicated to her ten-year-old daughter, she talked about the struggles of a single mother and the importance of self-love and self-esteem in life. As of now, the American model is reportedly single, although she had a boyfriend after separation from her ex-husband. At the moment, she is busy doing photo shoots flaunting her thick and voluptuous body in a world where slim posture is still considered the topmost priority for beauty.

In terms of her body features, Denise has a height of 5 feet and 11 inches (1.8 meters) along with a weight of 93 kilograms. Her dark brown hair and eye color perfectly resonate her Latin heritage.