By LRU Writer | On: June 21, 2019
Euphoria’s Barbie Ferreria had body image issues while growing up...the responsibility of both parents...Barbie’s net worth is...She likes to keep her boyfriend details... 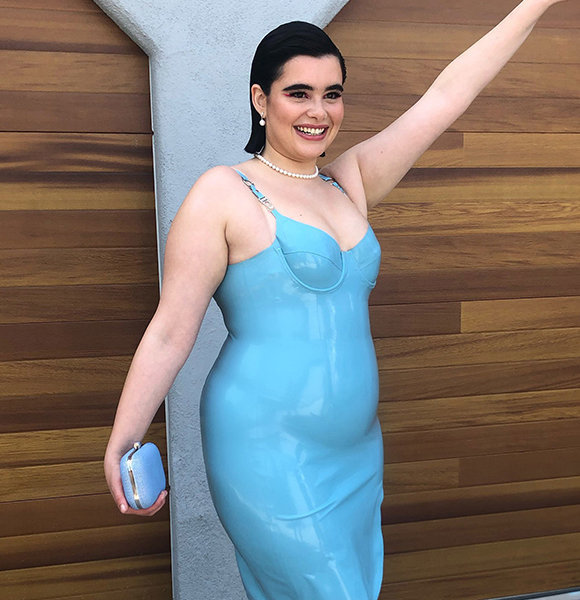 Like many other children, Euphoria’s Barbie Ferreria had body image issues while growing up. As a chubby kid, she didn’t see any model or actress her size on magazines and TV shows, which demoralized her dreams of a career in front of the camera. Her introvert nature, on the other hand, helped her as she often made Tumblr videos and pretended to be a model.

One day on a whim, she took some pictures of herself and sent them to American Apparel. And, as a high-schooler, Barbie got the opportunity to work with the brand, which boosted her confidence. In 2015, her unedited picture featuring American Apparel’s lingerie line, Aerie went viral.

Since then, she has become a successful plus-size model and an advocate for body positivity. Barbie also featured in an edition of Seventeen magazine’s issue advocating against fat-shaming. Further, she hosted How to Behave; a Vice video series focused on self-care. The project went on to win the Webby Award.

Barbie is a private person when it comes to her personal life. She likes to keep her boyfriend details to herself. But, in 2015, she did mention a boyfriend while talking to the Wild magazine. However, she didn’t state his name, nor has she talked about him since the interview. So, her relationship status as of 2019 is not clear. Interestingly in 2016, she mentioned about her crush, Usher to Papermag. Barbie went onto reveal that she had all kinds of posters of the Confessions hitmaker while growing up.

Barbie (real name: Barbara Linhares Ferreira) grew up with a single mother and without any siblings. Thus, her matriarch fulfilled the responsibility of both parents. The plus-size model is exceptionally close to her mother. She repeatedly mentions her mama’s positive impact on her life. While talking to Time in 2016, she revealed that when people would call her names, her mom used to cry double than her and tell Barbie that she was beautiful.

Well, the Euphoria actress’ mom initially wanted her to quit modeling as Barbie took criticisms harshly. Eventually, the mom-daughter duo warmed up to the modeling world and its vices.

Besides full support, Barbie boasts a Latin ethnicity, which is derived from her mother's South American lineage.

Barbie has landed the coveted role of Katherine” Kat” Hernandez in the HBO series, Euphoria. As a newbie in acting, her character is already creating a lot of buzzes. Besides, the prominent role, she was also part of in projects like Divorce and New York Minute.

Thus, with a growing profile in Hollywood, Barbie’s net worth is also increasing. As a working actress, she earns an estimated $50,110 per year.

Similarly, her annual income averages $49,044 as a plus-size model. Furthermore, she boasts an Instagram follower of more than 400K, which also helps her fetch revenues via brand deals.