By LRU Writer | On: November 01, 2019
Denzel Valentine met his girlfriend during his college...throughout their dating period, his family remained...father coached him and his twin brother...The tattoo was made in honor of his... 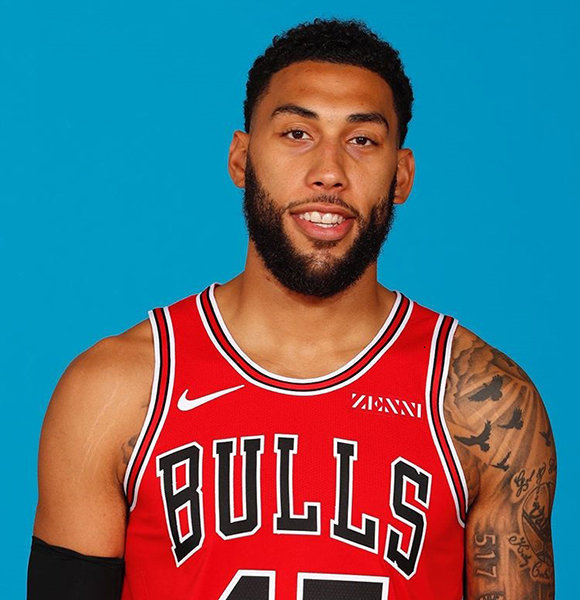 Oh boy, it's always hard keeping up with the love drama of celebrities. One day people find themselves fawning at the sweet sight of their favorite celebrity couple, and the next day, there is rarely any major development in their icon's love life.

Broke Up Or Still Dating Girlfriend?

Before coming to any conclusion or speculations of any sort, let's take a look at the start of Denzel's love life. He met his girlfriend Alexis Akers during his college years at Michigan State University, where both of them were students.

Moreover, a major development in the pair's professional life took place side by side while they dated.

In 2016, while the athlete was selected by Chicago Bulls in the 14th overall draft, the same year, his partner Alexis graduated from MSU with a degree in Communications Arts and Sciences. Throughout their dating period, not only the NBA player but his family remained very fond of his girlfriend. During his partner's birthday on graduation, his father Carlton too wished Alexis through Insta citing,

So, it was very apparent his lady had made a good impression among his family members too. While everything seemed to be going fine between them, something mysterious happened. After September 2016, both of them chose to remain mum about their relationship, and nothing new emerged about their love life.

So, it begged the question, did he split with his girlfriend? And sadly, the answer to this likely seems to be, yes. After all, more than two and half years have passed by since their last picture together.

Growing up, Denzel's father, Carlton Valentine, had a significant role as a mentor besides being the breadwinner of the family. His dad was a basketballer player too and had coached him and his twin brother, Taylor Valentine, since the start of his high school years. Speaking on the challenges the 25-year-old NBA icons' athletic upbringing, his father shared,

"Both my sons know that I had their best interests in hand. I coached them sometimes to the point where they didn't like it. But I didn't really care because I loved them. And I was going to push them like I pushed all the other players."

Likewise, the athlete's mother, Kathy Valentine, a former tutor at Lansing public school, has been by his side in his precious moments and glories. In 2015, during his teams (The Spartans) win against Louisville, she climbed over the fence to embrace her son, making the moment more emotional.

As a reminder that his family counts as most important above everything, Denzel has kept a permanent reminder on his body with a tattoo. On his left arm is embedded an image of basketball-shaped like a valentines day heart.

The tattoo was made in honor of his family and his passion. Moreover, his tattoo serves as an inspiration for him.