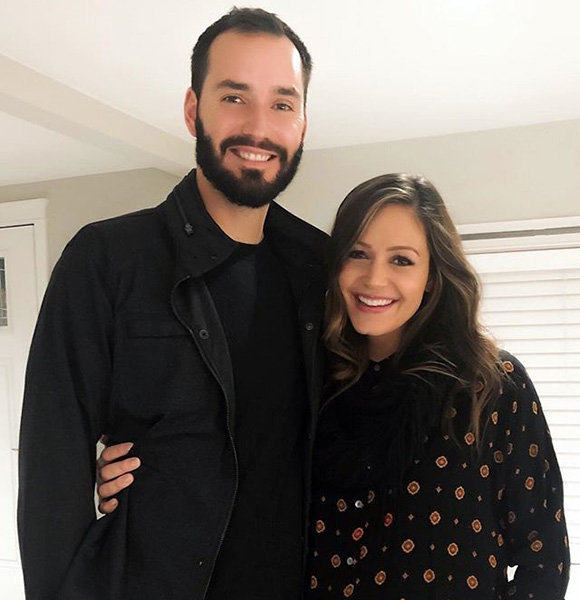 The TV personality and reality star, Desiree Hartsock and her husband, have long been enjoying the bliss of their marital life. In their marriage of nearly four years, The Bachelorette star and her spouse are blessed with an adorable child, who enriched the joy in the lives of the lovely couple.

Well, now their happiness is doubled as the aspiring pair welcomed the newest member of their family, a little sibling for their first born.

Desiree and her husband, Chris Siegfried, welcomed their second baby on Saturday morning, i.e., on 12 January 2019. Their baby son, who weighed eight pounds and two ounces at the time of his birth, is named Zander Cruz Siegfried.

The news of the baby's first surfaced as Desiree updated her fans about her delivery via an Instagram post. In the now-deleted Instagram post, Desiree had gushed about her delivery and expressed her enthusiasm in becoming a parent again. She also pleaded for privacy quoting that needed to recover from the childbirth trauma and take care of her child.

"We welcomed into the world our baby boy, Zander Cruz Siegfried, this morning at 8:30 am. He is every bit as sweet and snuggly as he looks. Can't wait to share more but for now baby and I are getting much needed rest as we spend time with family and are both doing great!" Desiree Hartsock holds the hand of her baby boy after the delivery on 12 January 2019 (Photo: US Weekly)

The couple's representative revealed that both the mother and son are in good health and just in need of rest for a while.

Interesting:- Jamie Bell Wife Is Pregnant With First Child, Inside Their Married Life

Desiree and her partner Chris first announced the pregnancy back in July 2018, a month before revealing the gender of their baby boy.

With the arrival of Zander, the pair's first son, 2-year-old Asher Wrigley Siegfried is now an older brother. Ashler was born on 19 October 2016, nearly after two years of the couple's wedding.

Gets Engaged To Husband During The Bachelorette Finale, Wedding Details

Desiree - age 32 - and her husband, Chris Siegfried got engaged on the Bachelor Nation's reality show, The Bachelorette, in 2013. Both Desiree and Chris kept their engagement a secret before it was premiered on TV on 5 August 2013.

The couple remained as fiances and continued on their relationship before finally getting married.

On 15 January 2015, they tied the wedding knots in a traditional romantic ceremony held at a local church in Palos Verdes, California. One hundred thirty guests including close friends and family attended the wedding.

Desiree, who works as a bridal designer, had earlier dated Sean Lowe. Their relationship ended up as a failure only after which The Bachelor star found the love of her life. The couple participated in the latest season of Marriage Boot Camp: Reality Stars, during which they sorted out their marital issues and came out stronger than ever.

Desiree's husband, Chris Siegfried is a former professional baseball player, who was first drafted in June 2007 for the Amateur MLB Draft by the Chicago Clubs. Chris Siegfried's current profession has not been revealed, but it's believed that he and his wife Desiree are doing well financially.