By LRU Writer | On: July 17, 2019
Jason Dirden is an American actor who carries his family’s long legacy in the...was raised in a large family full of siblings by...oldest brother Brandon took the first initiative to pursue a career in acting after...started landing numerous roles in plays and...played the role of a husband to wife Asia'h Epperson in 2016 in the drama... 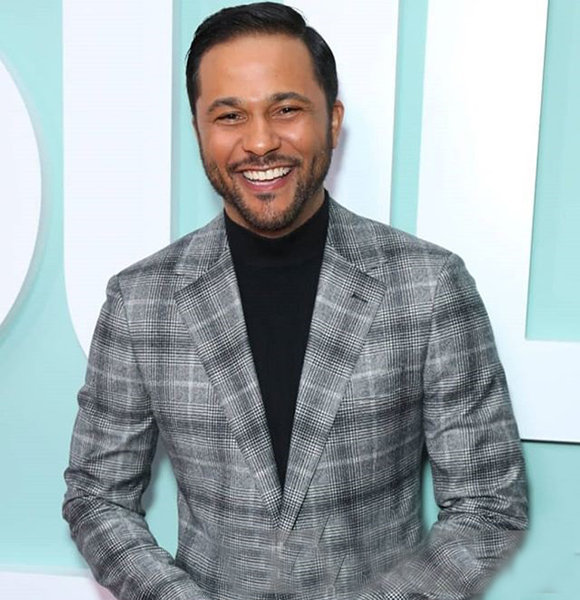 Jason Dirden is an American actor who carries his father's long legacy in the acting industry.

His passion for acting came late in his high school days, but the actor excelled immensely under the guidance of his brother and father.

Even though he started late in acting, Jason has already starred in movies like GreenLeaf, Elementary, and The Start of Dreams.

Jason Dirden was born on 23 August 1980 in Houston, USA. He was raised in a large family full of siblings by his father Willie and mother Deborah, who boasted an American nationality.

Among his four siblings: Brandon, Maria, Bridgett, and James, Jason's oldest brother Brandon took the first initiative to pursue a career in acting after his father. Jason, on the other hand, was pulled towards the arts rather than acting.

Jason’s father was one of the most recognized faces in the acting business; whereas, his mother was an artist and teacher at MacGregor Elementary and Texas Southern University.

It was in his high school when the actor had a go in acting. He was interested in storytelling from his teenage years but didn't find much of a pull towards it until then.

Even though he started late, he was in the safe hands of his father. However, it was not an easy task for Jason, as his father often fell asleep when he performed monologs in front of him. Then, his father taught Jason the craft of character development and thier principles. He also hinted that acting was a long story beyond what an audience sees, and the actor should be able to peel the character to the exact point.

Taking his father’ advice and mentorship, the Huston native, started landing recurring roles in plays and on-stage drama. He slowly enhanced his acting skills and got his break in 2010 in the movie, The Start of Dreams.

From then on it has always been an uphill climb for Jason, who has booked his place in the upcoming American TV show American Soul.

Jason Dirden rocks the brownish-black skin tone and stands at a decent height. But he has not married anyone even at the age of 39.

The actor enjoys his role of laying back and letting his elder brother Brendon do everything first, whether it is starting acting or getting married to a wife.

Though Jason has managed to avoid marriage in real life, he played the role of a husband to actress Asia'h Epperson in the 2016 drama, Greenleaf. He had also joked about his works relating it to a girlfriend on Twitter in July 2011.