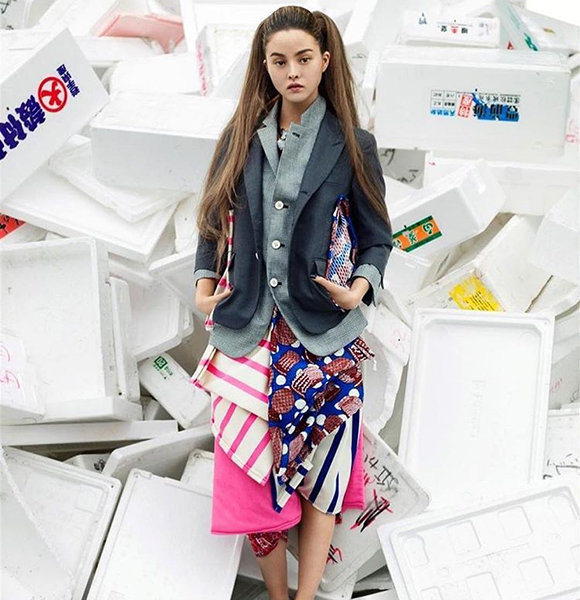 From her career spanning over two decades, Devon Aoki has made herself a familiar name in the fashion industry. Blessed with multi-ethnic looks, she took the glamour world by storm in the '90s.

Starting as a model in her early teenage, Devon became the showrunner of Versace at the young age of 16. She eventually transitioned to acting and today enjoys her status as a talented actress with some great hits like 2 Fast 2 Furious and Sin City under her belt.

Apart from her career, Devon also enjoys a successful marriage. Let's explore her married life and relationship with her husband!

Devon was previously tied to some famous names, including the likes of fashion photographer Rick Salmon and actor Joseph Gordon-Levitt.

You May Also Like: Bump! Tasha McCauley And Husband Joseph Gordon-Levitt Are Pregnant With Another Baby

However, she settled down with someone from a completely different field of profession. The Friendly Fire actress is married to private equity analyst James Bailey. James is the sole analyst at the multi-billion dollar equity powerhouse, TA Associates. Devon and her husband are the perfect definition of a power couple and have been married since 2011. The duo shares three children together: two daughters named Eleanor Talitha Bailey & Alessandra Linville Bailey, and a son, James Hunter Bailey Jr.

Born to such talented parents, it won’t be a surprise if the children also make it to the spotlight once they grow up.

Devon Aoki knows what it’s like to be born in a well-off family. She is the daughter of the late actor-wrestler Hiroaki (Rocky) Aoki and famous painter-jewelry designer, Pamela Hilburger.

With such a huge family and a $50 million inheritance to claim after the death of their father, Devon and Steve were on a lengthy legal battle with their step-mother Keiko Ono. The family fought over the multi-million dollar Benihana Protective Trust, which the court later ruled in favor of the Aoki children in 2016.

Devon Aoki was born on the 10th day of August in 1982. She is of mixed ethnicity with Japanese descent from her father’s side and English & German ancestry from her mother’s side. Her nationality, meanwhile, is American.

This beautiful model/actress stands at the height of 5 feet 5 inches (1.65 meters) and is happy to be “a part of a new breed of models who don’t exactly fit the status quo.”

Former face Of Versace, Devon Aoki’s career started at a young age of 13. Now at 37 years old, she has a star-studded career to look back at.

The model-turned-actress has given eye-catching performances in movies like Death of a Dynasty, DOA: Dead Or Alive, War, and Mutant Chronicles.

From her career, Devon has also collected a substantial net worth. Her assets as of 2019 amounts to $30 million.