Devon Bostick a Gayman In Real-Life Aswell? Or Has a Girlfriend To Flaunt? 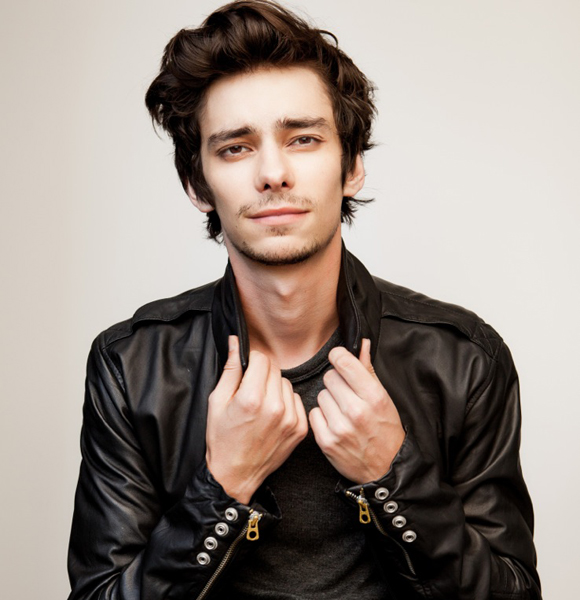 Portraying a gay character on screen is a demanding thing, as the role directly gets linked to your real life. This is something Devon Bostick can relate to.

But what is his actual sexual preference? Is he into guys, or does he have a girlfriend in real life to shove these rumors down? Let us find out!

Bostick has often been termed 'gay,' as he has done justice to some gayish roles in some of his projects. He has played a low-key gay character in the Netflix series "Okja," which had him wreathed with the speculations of him being gay off-screen as well. But what is the reality?

Thus far, we cannot assume actor's sexual preferences, as he has yet to make a statement regarding it. All we can do is wait for Devon to comment on these rumors. But, we sure do know the actor is a strong ally of the queer community and decides to publically speak about their rights.

However, he was rumored to be dating Alexandra Burman in the past, but no substantial grounds were revealed to justify the gossip that flooded.

Recently the actor has been quite expressive towards Dylan Gelula, an American actress who is best recognized for her role in Unbreakable Kimmy Schmidt. He had posted a picture of Dylan on January 5th, 2022, with the caption, "This is @dylangelula - she who won’t stop buying farms to turn them into her own “personal golf course” - she must be stopped, please call her reps." So another rumor and constant question surrounds the duo.

Are Dylan and Devon dating? To answer that question, all we can say is "we hope so", as there has been no legit evidence of the duo being romantic partners. All we can do now is wait for the duo to address the situation.

Moreover, him revealing about having a girlfriend now in his life would have smacked those rumors down, but Devon is nowhere found talking on the matter. Despite the fact that he keeps his lips tightly locked, he has always been socially verbal and flirtatious regarding his past dating relationships.

Now that we know Devon does not like speaking about his romantic life much, let's take a look at his successful career and more about him.

Born as Devon Bostick on November 13, 1991. Devon is an actor and a producer. Standing at the height of 5’10 and at the age of 30 his parents are also known in the entertainment industry, Devon's mother, Stephanie Gorin is a casting director and his father Joe Bostick, is an actor.

Also, there was a small situation where actor Charlie Wright replaced Devon as Rodrick which the fans were not pleased about and hated it. Now deleted trailer for "Diary of a Wimpy Kid: The Long Haul" received 11,300 dislikes as compared to the 1,800 likes just after ten days of release. The trailer got officially released on March 16, 2017.

Several videos were made criticizing the fact, and Devon, too reacted to the trailer. Apparently, the fans loved Devon in the role of Rodrick, as compared to Charlie.

Stay with us for the emerging updates on Devon Bostick!