By LRU Writer | On: May 15, 2019
Canadian VJ & Entertainment Reporter, Devon Soltendieck is a famous face in his native land...Known for his anchoring skills & personality, Devon has created a significant fan base for himself...But, his female fans might be disappointed to know that the media star is a married man with wife and family... 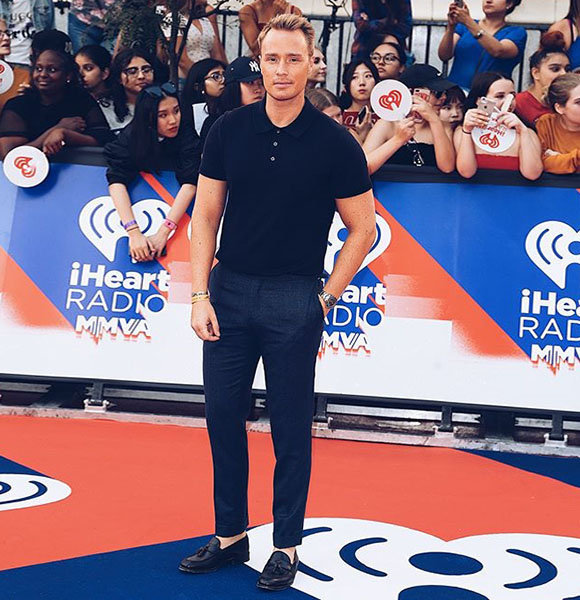 Canadian VJ & entertainment reporter, Devon Soltendieck is a famous face in his native land. Known for his anchoring skills & personality, Devon has created a significant fan base for himself.

But, his female fans might be disappointed to know that the media star is a married man with wife and family!

Devon is a happily married man with a wife to share his household. He is married to Ashley Applebaum, who works as a Director of the Publicity department at Corus Entertainment.

While not many details about the couple's wedding are known, the ceremony reportedly took place in late-October; the year is still a secret.

Devon and his girlfriend-turned-wife became parents to a baby daughter in October 2017. The pair named their child Avery Ray. After the arrival of his child, the media personality is taking the job of a father seriously. He is often seen sharing details of his family and the moments they celebrate together including birthdays, anniversaries, Christmas and many more.

Devon is also a loving husband and doesn't miss any chance to compliment his partner. He often praises Ashley calling her the most beautiful woman in the world and an incredible friend.

Now, with a family of their own, Devon and his spouse are inseparable than ever.

Calling Devon a gay man is entirely false as he has proven himself to be a straight man with a wife and child. But, a statement he made back in February 2012 still haunts his fans.

Via a tweet, the Canada native stated a fact, which he called a "useless stat." He mentioned that according to the Huffington Post, nearly 16 million Chinese females were married to secretly gay men.

"Useless stat of the day....RT @HuffingtonPost: As many as 16 million Chinese women are married to gay men http://huff.to/whu4LK ”

His fans were confused in concluding out of Devon's statement. Was he trying to establish himself as a gay man, who would eventually get married to a woman to protect his ego?

Only Devon can answer that!

After completing his education with a Bachelor's degree in Economics from the University of Toronto, Devon got a job as a reporter on CP24 in September 2010. He earlier worked as a host on Bell Media.

Further, he performed jobs as a host on Pop Quiz and a correspondent on eTalk. As a VJ, he interviewed many celebs including Mary Kate, Jack White, Marilyn Manson, Ashley Olsen, Orlando Bloom, and many more.

For his contributions now, he is paid an annual salary averaging c$ 59k.