By LRU Writer | On: November 17, 2019
American singer Dinah Jane is best known as...also an actress...is reportedly single...she was dating an Australian...their romance was short-lived... born as the eldest child to her parents...has five younger siblings...an absolute animal lover...adopted two little puppies... was surrounded by pregnancy rumors...slammed them by saying... 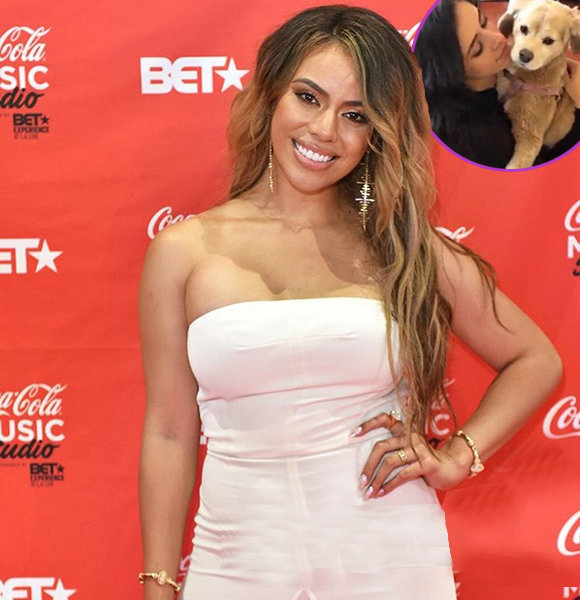 American singer Dinah Jane is best known as the member of the all-girl pop group- Fifth Harmony, that formed on the second season X Factor in 2011.

Dinah, who started her career as a contestant, wooed the judges with her performance of Beyonce's hit, If I Were a Boy, and made her way up in the competition. Later, she, along with four other girls, were kept in a band LYLAS- which later became Fifth Harmony.

Apart from being a successful singer, Dinah is also an actress known for The After Party (2018) and Moments With Mimi (2019).

Dinah is one hell of a gorgeous lady who has many admirers. Naturally, there are many curiosities regarding her relationships and dating affairs.

However, it may come as a surprise to many, but the gorgeous singer is reportedly single. Further, her tweet in June 2019 described her status as 'super single.'

Another Fifth Harmony Member:- Lauren Jauregui Dating Status Now; Does She Have A Boyfriend Or Girlfriend?

Despite her current single status, Dinah has had a fair share of romance in her life. In 2015, she was reportedly dating an Australian professional rugby league player- Jarryd Hayne. Dinah Jane pouting for a selfie with her then-boyfriend Jarryd Hayne in 2015 (Photo: dailymail.co.uk)

Dinah, who was 18 years old at that time, sparked dating rumors with then 27- years old athlete after they were photographed together in a cozy selfie. However, their romance was short-lived, and the couple eventually parted ways.

Before Jarryd, Denah was also linked with the football player, Nela Otukolo.

Dinah was born as the eldest child to her parents Milika and Gordon Hansen, and the eldest among fifteen grandchildren to her grandparents. She was raised in a large joint family consisting of twenty-three members. Interestingly, she has five younger siblings.

You May Like:- Jenny Boyd Dating, Parents, Net Worth

Music was a big part of Dinah's life, growing up. Her mother was a singer in a reggae band. Dinah started to sing at the mere age of four to impress her mother, whom she admired the most. Later, as she grew up, she realized that her true passion was in music.

Apart from being a gorgeous, empowered woman, Dinah is also an absolute animal lover. In 2017, she adopted two little puppies on the occasion of Mother's Day. Moreover, her love for her puppies is clearly visible on her social media.

Well, being a celebrity, Dinah is no stranger to rumors. In March 2019, she was surrounded by pregnancy rumors, which first started after the singer posted a photo on her Instagram. It so happened that her tummy was showing on the picture, which led people to make speculations regarding her pregnancy.

But Dinah had a very smart reply to those comments. She slammed them by saying that she has belly fats and stretch marks, too, and she embraces every bit of her body.