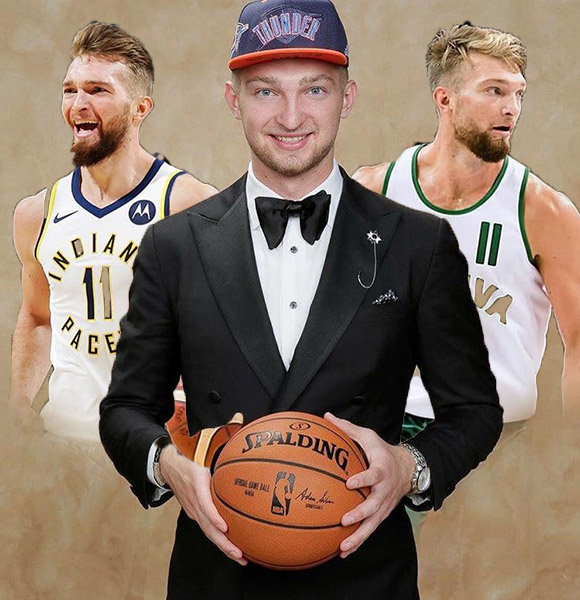 Domantas Sabonis is one of the most-highly-rated basketball players of European descent in the NBA. Having joined NBA in the 2016 NBA Draft, he is on his way to make a name for himself in the top-tier league.

Prior to the NBA, Domantas had experienced professional basketball in the European leagues playing for Unicaja Malaga. Playing professionally from the age of 16, he came to the NBA with a fair amount of pro basketball knowledge.

The player has gone on to play for teams, Oklahoma City Thunder and Indiana Pacers, during his short time in the NBA.

Domantas is one of those guys who don’t create a lot of buss in the media from his relationships. He has been able to hide his personal life from being the subject of gossip or ridicule from the public.

There is no information about Domantas’s love life as of December 2019. He is not associated with anyone that could be considered his girlfriend, and neither has he been spotted with anyone in public.

The lack of information and speculations about Domantas’ private relationships means that either he is hiding his connections from the media due to personal concerns, or that he is single for now and has no romantic relationships.

As the subtitle suggests, Domantas comes from a family of talented people in various sectors.

As for Domantas’s mother, Ingrida Mikelionyte, she was the first Miss Lithuania. She has four children, including Domantas, with Arvydas.

And this brings us to Domantas’ siblings - two brothers and a sister. His brothers’ names are Tautvydas Sabonis and Zygimantas Sabonis. Tautvydas, who is married to Paulina Sabonis, also plays basketball. However, the name and profession of his sister are not known.