By LRU Writer | On: November 21, 2019
Metta World Peace comes purely from a desire to reunite and inspire the youth all around the...retired from the sport, Metta is giving back to the game of basketball as a coach in the...faced a string of failed relationships before meeting... for son Jeron, he helps him a lot in basketball and brags about his achievement a lot on... 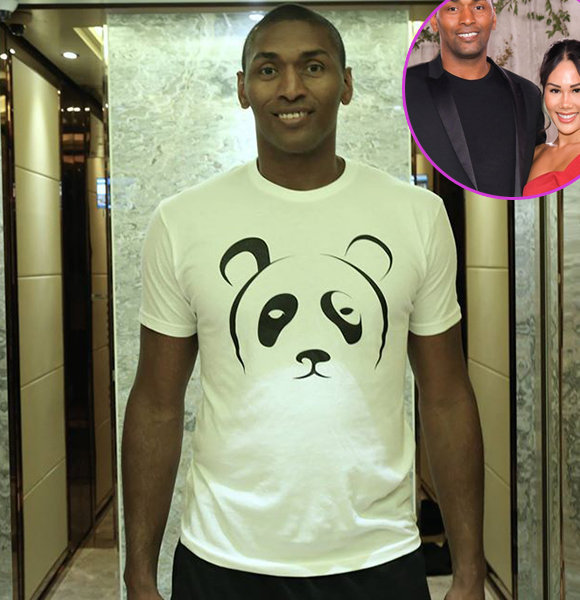 The story behind the name "Metta World Peace" comes purely from a desire to reunite and inspire the youth all around the world. Ron Artest even sacrificed his real name to achieve the same goal and bring about a change in the lives of people

Since his time in the NBA, Metta World has been recognized as a goodwill ambassador of the game and was also awarded NBA’s highest citizenship community service honors, the J.Walter Kennedy Citizenship Award in 2011.

Now, retired from the sport, Metta is giving back to the game of basketball as a coach in the NBA’s G League and keeps on inspiring people around the world with his active lifestyle.

Metta World Peace’s personal life turned stable when he met with Maya Ford in 2012. Though the couple has not officially opened up about marriage, the former NBA star mentioned her as "wifey" in one of his Instagram posts in October 2019.

Similarly, the couple celebrated their seventh dating anniversary in style as they visited the beautiful land of Maui and spent quality time together. However, things were not always this good for the NBA legend. He faced a string of failed relationships before meeting Maya. Firstly, he married Kimsha Artest in June 2003 and fathered three children; daughter Sadie, Diamond, and son Ron. After being together for six years, the two parted ways in 2009.

Similarly, he also has a son named Jeron with his high school lover Jennifer Palma. Now, a father of four children, Metta fulfills all the responsibility of a father. Especially for son Jeron, he helps Jeron a lot in basketball and even brags about his achievement on Instagram.

Metta World Peace was born as Ronald William Artest Jr on 13 November 1979 in New York City. Since a young age, his father influenced him a lot to pursue a career in basketball.

Then, he started playing for La Salle Academy but later joined St. John’s University. There, his match-winning performances landed him in the Chicago Bulls team roster in 1999.

After playing for the Bulls for two years, the Metta made a transition to Indiana Pacers from 2002 to 2006. Similarly, he was banned for 86 games following a brawl with the Detroit Pistons fans in 2004.

In the latter half of his career, the former athlete played for Los Angeles Lakers and won the NBA championship in 2010. Now, the 6 feet 5 inches (1.97m) tall swingman is retired from playing but contributes as a basketball coach in the NBA’s G League.

Further, he also works as an actor and writer, which takes his career net worth to $35 million.