Dougie Poynter's Dating Life- Who Is His Girlfriend? 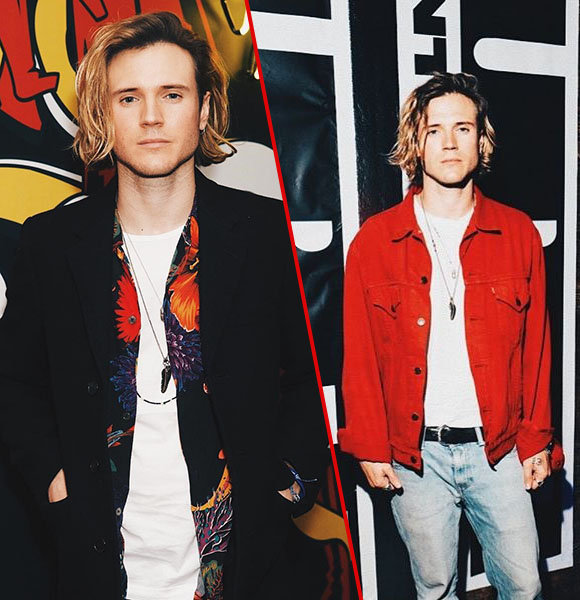 Dougie Poynter is one of the members of the highly popular English band McFly. Dougie is the singer-bassist of the group; he also co-wrote the song Transylvania.

Apart from the star's rising career, the fandom is curious about his relationship with his girlfriend.

He joined the band as a 15-year-old and has been with the group ever since.

Dougie is dating Maddie Elmer, who is a model signed at Storm Model Management.

The two were first spotted publicly sharing a kiss. And Maddie’s identity was also a mystery then. However, the pair quickly confirmed the news via Instagram.

Dougie has been in some relationships in the past. However, his most high-profile romance was with singer and ex-girlfriend Ellie Goulding. The pair dated on and off from 2014 to 2016.

They got back together in December 2015 but finally broke up for good in March 2016. The reason behind their breakup was Dougie’s busy schedule.

Interestingly, the singer was invited to Ellie’s wedding with Casper Jopling in August 2019. But, Dougie chose not to attend alongside the star-studded wedding guests (Sienna Miller, Princesses Beatrice, Eugenie, Katy Perry, and Orlando Bloom) out of politeness.

British Singer's Personal Details:- Bishop Briggs Gay Talks, Who Is Her Boyfriend & What's Her Worth?

Previously, Dougie dated The Saturdays star Frankie Bridge from 2009 to 2010. But, the relationship ended in heartbreak for the McFly member. According to Dougie, after the heartbreak, he suffered from depression and contemplated suicide.

After the bad phase in his life, he chose to stay single for a while. Finally, in 2011, he started dating Lara Carew-Jones. However, the relationship eventually fizzled out.

Dougie has had a rough childhood. Before he joined the band McFly, his father, Gary, abandoned his whole family, including his sister and mother.

His beautician mother, Sam, single-handedly took care of Dougie and his sister, Jasmine.

Born in 1987, Dougie celebrates his birthday on 30th November. He is a Sagittarius.

The singer was born in Corringham, England.

Dougie is famous for sporting a surfer hairstyle swept on the side.

Dougie is the co-founder of the band INK. The 2018 established band’s other members include Corey Alexander and Todd Dorrigo.

According to the singer, McFly was writing new music in 2019.

Dougie is an ardent supporter of environmental conservation. He has written a book called Plastic Sucks! You Can Make A Difference. (2019)