By LRU Writer | On: June 20, 2019
Jessica Griffin, age 41, is an American clinical and...also an assistant professor, a public speaker, and...best known as Dr. Jess on Americans favorite TV shows, Married at...was married and even had three kids out of... 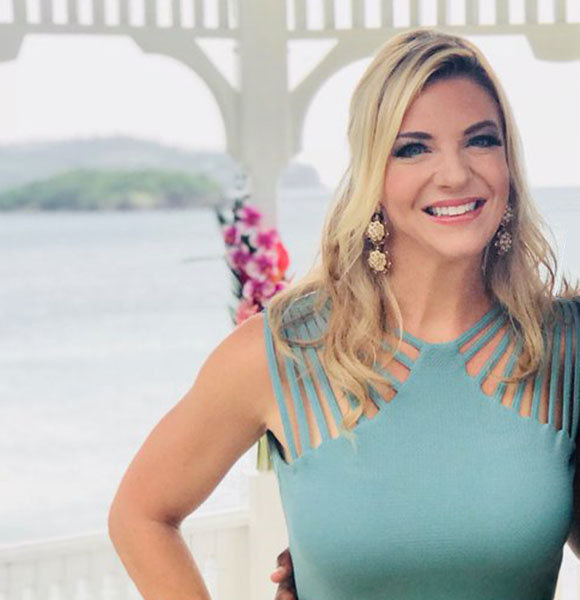 Jessica Griffin is an American forensic and clinical psychologist.

She is also an assistant professor, a public speaker, and a consultant. However, the general public best know her as Dr. Jess of the TV show Married at First Sight (MAFS) and as a relationship expert of the series Seven Year Switch (SYS).

Jessica Lynn Griffin being a psychologist, is not just smart, but also beautiful. She is a gorgeous blue-eyed blonde with a figure most would kill to have. She has a fantastic height and a well-maintained body.

Well, the 41-years-old was born in Wooster, Ohio in 1977. She celebrates her birthday on 13 August. Born into the family of Sally and Steve, Jessica is the oldest child of her parents. She has three siblings, a sister named a Steph and two brothers, Dan and Steve.

As for her education, she graduated in 2003 from The College of William and Mary with a Doctorate in Clinical and Forensic Psychology.

One would expect that being a psychologist, Jessica would have the perfect relationship. However, It is not all true for our favorite reality TV star. Despite her misfortune in love for the first time, things turned out in her favor after she joined the cast of Married at First Sight.

She fell in love with the very person she was supposed to counsel. And, the lucky guy is none other than Jon Francetic. They met at the premise of the show but truly connected eight months after the show ended filming.

Keeping details under wraps, neither Jessica or Jon has revealed when and where they are going to tie the wedding knots.

Jessica is best known for her role on the reality TV show, but she was already a very busy person before appearing onscreen.

The psychologist was running her private practice; training and teaching therapists, and speaking for public awareness all over the country. Moreover, she was a Principal Investigator on federal grants and an Associate Professor of Psychiatry and Pediatrics at the University of Massachusetts Medical School. As all the jobs kept her busy as a bee, she initially declined the role that was offered to her by Seven Year Switch team. However, after some convincing, she took on the daunting task.

After joining the cast for SYS in 2015, Jessica went on to join another reality TV show which came out to be the highlight of her career on the screens. The psychologist joined the stardom with the cast of Married at First Sight.

Even though Jessica left the cast of MAFS in 2019 after finding her love, she has done well for herself with her short career in showbiz.

Her salary at both the show was never disclosed. But, with the popularity and the standards of the show; it would not be wrong to assume that she was paid a pretty salary.

Besides with an average salary for a Professor to be at $93K and a psychologist at $75K, her net worth can be estimated to be in the millions range.