By LRU Writer | On: March 03, 2020
Courtney Nicole Kelly, popular as Dytto, became viral on the internet due to her robotic dance in the famous 90's song Barbie Girl...is dating boyfriend Zaya Sosho from around mid-2019...her ex-boyfriend is Roshon Fegan...bio reveals her age...with her family... 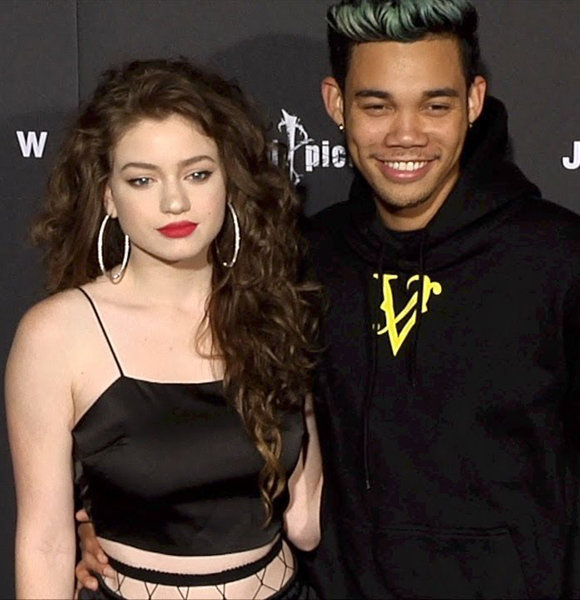 Dytto, whose real name is Courtney Nicole Kelly, is a dancer known for her unique styles of dancing in genres such as popping, animation, robot, tutting, and finger tutting. She has developed a huge following on YouTube from her dance videos with a channel named Dytto, with over 3.43 million subscribers.

Courtney is also a TV show personality. She has hosted the music show The Drop for World of Dance, appeared on the Indian dance show Dance Plus: Season 3, and has done advertisements for Google.

Courtney is dating dancer Zaya Sosho. Zaya is the leader of a dance group called The Future Kingz, and a professional choreographer. Dytto with Zaya Sosho at Dayton beach in Florida in November of 2019 (Photo: Dytto’s Instagram)

Courtney has been going out with him from around late-August/early-September of 2019. She celebrated the completion of three months with him on the 6th of December 2019.

Before getting together with Zaya, Courtney was in a relationship with Roshon Fegan. They started dating from around early to mid-2016. Dytto with ex-boyfriend Roshon Fegan at the Streamy Awards on the 22nd of October 2018 in Beverly Hills, California (Photo: Zimbio)

While their relationship was alive and well, the couple made various red carpet appearances, as well as shared moments on the internet.

But, their relationship came to an end in around mid to end-2018.

Courtney was born on the 27th of April 1998 in Miami, Florida, the United States.

She has an older brother named Brandon, who is a pilot.

After spending most of her childhood in Miami, she decided to move to Atlanta to pursue her passion for dance. Then, after some time, she relocated to Los Angeles, where she lives now.