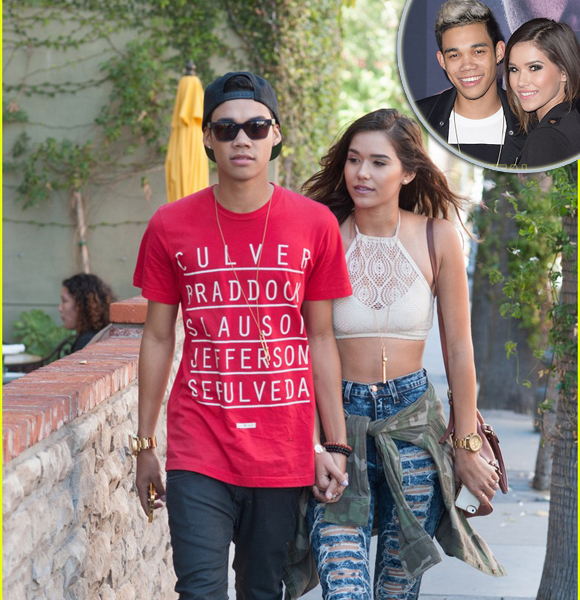 Roshon Fegan is an actor and musician - who rose to prominence after his role as the amazed kid in the highest-grossing movie of 2004, Spider-Man 2. Since then, Roshon has stayed in and around the entertainment industry, trying his hands at acting and singing.

With his growing fans, they are more eager to know about his dating life. Does he have a girlfriend, or is he single?

Keep scrolling to know more about his love life.

Fans of a celebrity are often interested in their personal and love life. Likewise, Roshon's supporters are also interested in learning more about his girlfriend.

Roshon is currently dating Mariah Angeliq, an American rapper and performer. His girlfriend is famous for her hit single 'Perreito.' Unfortunately, there are few details about Roshon and his girlfriend's relationship. Roshon and his girlfriend, Mariah, flaunt their love on social media. (Photo: Instagram)

They were first spotted at Latin Music Awards together. It seems like Roshon and his girlfriend, Mariah, have been together since 2021.

Even though the couple has been private about their relationship, Roshon and his girlfriend never miss their chance to flaunt their love in the media.

However, this is not the only girl Roshon dated in his lifetime.

Roshon prefers to keep his personal life away from the public. Being a private person, he was involved in gay rumors. However, his past relationships created a lot of buzz in the media.

Roshon's dating history begins in around 2008. He was in a relationship with Anna Maria Perez de Tagle, his co-star in the movie Camp Rock. The pair dated for a year, after which they split up sometime around 2009.

After his brief relationship with Anna, he moved on with his Dancing with the Stars partner, Chelsie Hightower. They began dating in 2012, but the relationship - like his previous one - lasted only about a year.

Roshon continued his streak of dating his co-stars as he dated Caroline Sunshine in 2013, his co-worker in the Disney Channel's Shake It Up (2011-2013). However, the fling ended as they separated shortly after.

Then came his longest-lasting relationship to date. Roshon went out with model Carmia Marie for two years, from 2014 to 2016. The cause of their break-up is not known, but they have now moved on from each other.

Soon after, the actor was seen dating Dytto, an American dancer, from early to mid-2016. They were spotted in public and at various red carpet events.

Roshon and Dytto also shared cute moments on social media. In addition, the duo appreciated and showered love for each other on Twitter. There was no information about their break-up as there were no posts on social media that could hint that they were still together in 2017. They didn't delete their past posts with each other for a while, but they have started dating other people, and now, there are no pictures of them together anywhere.

Roshon was born in Los Angeles, California, on 6th October 1991. He is the child of a famous American actor and an immigrant mother. He has mixed ethnicity as his father is of African-American descent, and his mother, Cion, is a Filipino.

Talking about his father, Roy Fegan - an American actor, director, and playwriter. Roy has appeared on various TV shows such as Will & Grace and The Shield. Roshon is the only child of his parents and has no siblings.

Another Actor:- Who Is Brandon Routh Wife And How Much Is His Net Worth?

Along with acting, he has also appeared in the 14th reality TV show, Dancing with the Stars - showing that Roshon has talent in dancing.

Apart from acting, the actor-cum-singer has released 12 singles and one EP called I Am Ro Shon.

According to Celebrity Net Worth, he has accumulated a net worth of $4 million from his acting and music careers.

As of now, he is seen enjoying his partner's company. Is she going to be his wife?

Stay tuned to get more updates on Roshon Fegan.