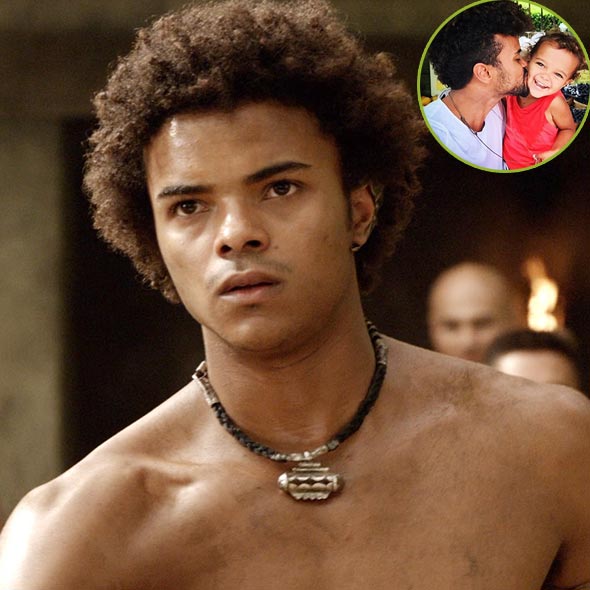 Australian actor Eka Darville debuted with the T.V. series 'Answered by Fire' in 2006.

Apart from the actor's successful career, the fandom is curious about the star's romantic life with his wife.

So let's get into it.

Eka has been married to his wife, Lila Darville, for a long time. The couple first met in the year 2011.

The details of how the husband and partner met and their origin story are hidden from the media's limelight.

Nevertheless, the couple is very much in love and happy with their family. Husband and wife together are blessed with three beautiful children. Their first son is Mana Darville, and their second son is Zion Akua Darville.

Adding to the happiness, the family welcomed one more beautiful baby, making them a family of five.

Sharing this, the mother of the star's children shared a video on her Instagram captioning,

"Mothering = the hardest thing that I ever loved xx."

The husband and wife again welcomed a little one, making their family a pack of five.

Eka is a proud father who loved his journey of fatherhood. Expressing his joy of being a father to his three kids, the actor once tweeted, "There ain't no hood like fatherhood."

Now let's get to know the star's wife a little.

Eka's partner, Lila, is a sex and intimacy coach. She helps people work on their sexual relations by elevating sexual consciousness.

The actor was born on 11 April 1989 in Cairns, Queensland, Australia. His parents divorced when he was very young; moving on, he was raised by his mother and stepfather in Byron Bay, New South Wales, Australia.

Talking about Eka's family life, his mother is Malaika Darville, and she has more than thirteen thousand people following her on Instagram.

Standing tall at an impressive height of 6 feet 1 inch (1.85 m), he studied at the Byron Bay High School.

If we talk about Eka's ethnicity, he is also African-Jamaican and European.

If we want a basic idea about the actor's personality, his Zodiac sign is Aries.

Further, the actor is famous for portraying the character Malcolm Ducasse in the Netflix series 'Jessica Jones' (2015).

Eka played a gay character called Pietros in the T.V. series 'Spartacus: Blood and Sand' (2010); he is an enslaved person in Batiatus' Ludus, and his love interest is a character named Barca.