By LRU Writer | On: June 04, 2019
Yusuf Gatewood shot to worldwide fame with his role of Vincent Griffith/Finn Mikaelson in the CW’s supernatural television series... far from wife details...there is not a single linkup with a girlfriend... 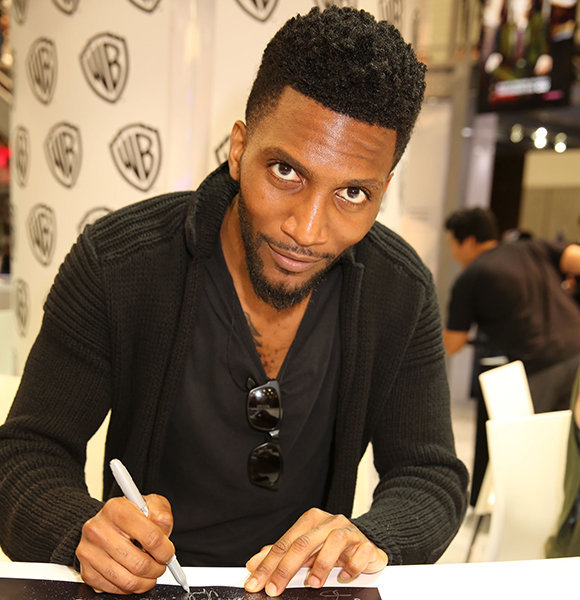 Yusuf Gatewood shot to worldwide fame with his role of Vincent Griffith/Finn Mikaelson in the CW’s supernatural television series, The Originals.

Initially, he was cast as a guest star in the season two of the favorite show. But, the fans admired his work so much that the showrunners were forced to make him a series regular in the second season itself.

He continued his role till the last and final season five of the hit program in 2018. Besides his acting performance, his haircut on the show was also a major talking issue among fans.

While Yusuf is out there with his body of work, the same cannot be said about his dating life.

He chooses to keep his personal life extremely private. Far from wife details, there is not a single linkup with any girlfriend prospect. It is surprising as Yusuf works in the industry where most good looking and talented people work. Even then, he hasn’t managed to strike up a romance.

As a result, Yusuf has become an open target for gay rumors. But, given the Lincoln Heights actor’s secret-keeping nature on dating, there is no evidence to confirm nor deny the conjectures.

Yusuf's On-Screen Wife:- Not Clear If Maisie Richardson-Sellers Has Boyfriend But She Seems To Have A Dating Affair - Of Sorts

No matter the truth, fans compensate for the lack of information about his real-life dating with the reel one. His on-screen cat and mouse with TV ex-wife, Eva Sinclair (played by Maisie Richardson-Sellers) in The Originals got a lot of attention from fans.

Net Worth And Family

Yusuf got his start in Hollywood at the age of eighteen with the movie, Wonder Boys. Since then, he managed to be part of several films namely Interpreter, House at the End of the Drive and Barbershop: The Next Cut.

However, it was on TV where he got significant recognition. Besides his primary role in The Originals, he also worked in a couple of hit TV shows; ABC Family series Lincoln Heights, Hack, Good Omens, Law & Order: Criminal Intent, CSI and CSI: Miami.

Due to his credible resume, Yusuf earns a salary of $59,565, which adds to his increasing net worth. No one is more proud of Yusuf than his family. His brood especially his mom is incredibly happy with her son’s success.

The actor is wholeheartedly momma’s boy. He often shares pictures with his mom on Instagram. He paid his matriarch's family home of South Africa a visit in 2018 and shared an adorable video of the trip on his social media.

Yusuf was born on 12th September 1982 in North Carolina.

He boasts the sun sign, Virgo according to his birthday. Although born in North Carolina, he spent his youth day at various places namely Hillsborough and Durham.