By LRU Writer | On: July 25, 2019
Elisabeth Shue is an american...born in the family of...she lost her brother to an accident on...married to the film director...has kids of her won...started her career four...set to star in Amazon's... 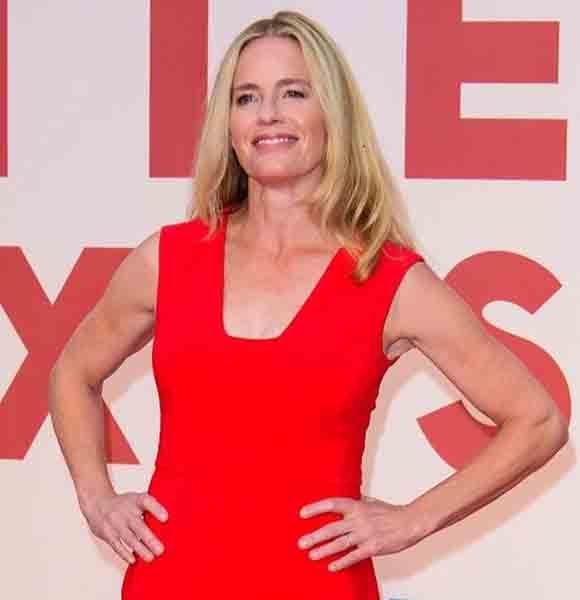 Ever since her first gig in showbiz, she has managed to keep herself as a prominent elite in the entertainment industry. Almost four decades in the industry, and with her skill and talent, Elisabeth still succeeds to land roles left and right.

Born to Annie Brewster, and James William Shue in 1963, Elisabeth celebrates her birthday on the 6th of October. She is an American, but she has German and English ancestry due to her family roots.

The actress grew up as a middle child in the town of Wilmington in Delaware, the USA. She had two brothers, an older brother named William Shue and younger brother, Andrew Shue.

However, William lost his life from a swimming accident while on a family vacation on the 24th of August 1988.

She later moved to Massachusetts to major in Government at Wellesley College. However, in 1985, the actress transferred to Harvard University. She just had one semester left to earn her degree when she decided to drop out to pursue her career in showbiz.

Elisabeth is a happily married woman. After dating for some time, the actress tied the knot with film director and producer boyfriend, Davis Guggenheim in August of 1994.

A few years after in 1997, the couple became parents to their first child, a son named Miles William.

Miles was named after Elisabeth’s late older brother. In 2001, Elisabeth and Davis welcomed their first daughter, Stella Street. And later in 2006, added another member to their family, their second daughter Agnes Charles. Elisabeth Shue with husband at the 63rd Annual DGA Awards at the Grand Ballroom at Hollywood & Highland Center on 29th of January 2011 (Photo: alamy.com)

Elisabeth and Davis have been together blissfully ever since the start without any rumors or controversies regarding their relationship. They have been a perfect example for the younger generation of celebrity couples.

Net Worth As Of Today

Starting her career back in 1982 in the TV movie The Royal Romance of Charles and Diana as Lynn Osborne, Elisabeth has had a very successful run in Hollywood. She starred in classics like The Karate Kid, Cocktail and Back to the Future sequels.

For her part in for 1995's Leaving Las Vegas, Elisabeth got nominated for an Oscar, Golden Globe, SAG, and BAFTA and managed to bag the Independent Spirit Awards.

With all her time spent in numerous TV shows and movies, the actress has a net worth of $12.5 million. Back in 2004, she sold her home in Sunset Strip-area for $1.3 million.