By LRU Writer | On: February 02, 2021
Travolta, who is proud of her weight, has been able to captivate a lot of audiences through her acting. Ella, born on 3rd April 2000, had a fluctuation in her body weight within two years starting from 2011. Despite having gone through massive weight gain, Ella has embraced her fat body. The Poison Rose actress Travolta was born to well-famed parents, father, John Travolta, and mother, Kelly Preston. 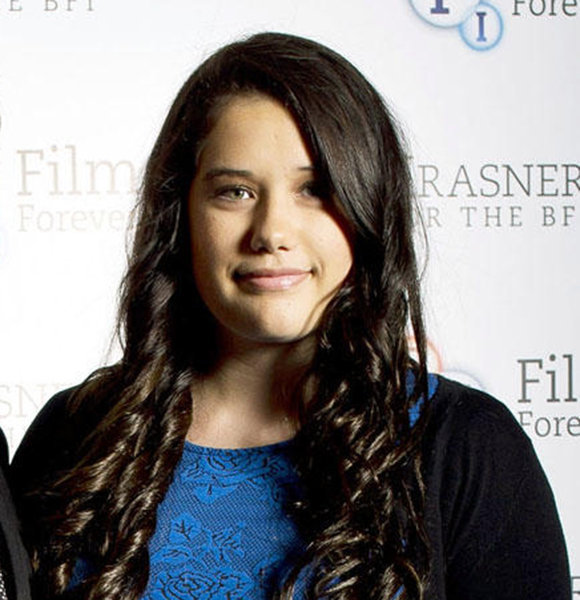 Ella Travolta was best known as the daughter of legendary American actor John Travolta until she debuted in the movie Old Dogs. The American comedian-actor, late Robin Williams also featured in this movie.

In 2018, she featured in the American biographical crime drama film Gotti, alongside her superstar father and mother; She is keeping up her family business in acting.

Travolta, who is proud of her weight, has captivated a lot of audiences through her acting.

Her parents got married in 1991 after dating each other for a while. For John, it was his first marriage; however, Kelly had been previously married in 1985 to Kevin Gage but later got divorced in 1987.

Today, John and Kelly are one of Hollywood's power couples, with their net worth amounting to $190 million.

Ella had an elder brother named Jett Travolta, who died in 2009 after having a seizure and hitting his head on a bathtub. Later, her younger brother Benjamin Travolta was born in 2010.

Despite being a daughter of star parents, she was bored of being famous during her early teenage years. Ella, who had endured massive weight gain, even made a tweet in 2014 stating that she didn't want to be famous.

Born on 3rd April 2000, Ella had a fluctuation in her body weight within two years starting from 2011.

In the picture below, you will see Ella stepping out of the Ritz Hotel in Paris with her family in June 2011. And after two years, you will notice her growth in her body weight; she had gone for a night out with her father in London. While many might have thought that Ella would be concern about her weight and try for weight loss, but that was not the case. She was pretty cool with it; Through a Tweet, She spoke out loud that she was proud of the weight she has. She was not at all affected by the unnecessary criticism she received regarding her weight.

Here is the Tweet she shared in August 2014 stating she was proud of her weight.

Ella says she is proud of her weight in 2014 (Photo: Ella Travolta's Twitter)

However, over the last few years, she has opted for a healthier body with a massive weight loss.

Not for others' sake but for her own benefit, Ella decided she would go for weight loss.

If you compare her today with the earlier chubby Ella, it will blow your mind; half of her body weight has disappeared. Ella Bleu Travolta before and after weight loss alongside her father (Photo Credit: gettyimages.com)

She has become much healthier than before. I don't know how she did it, but she is really in good shape now.

Please have a look at her after weight loss. The picture (left) was taken at the 71st Annual Cannes Film Festival in May 2018: She attended the party in Honor of her father, John Travolta's receipt of the Inaugural Variety Cinema Icon Award held at Hotel du Cap-Eden-Roc. The other picture (right) was taken in May 2019 when she came on the set of Jimmy Kimmel Live in L.A., California.

In April 2016, Welcome Back actor John appeared on The Ellen DeGeneres Show and his wife, Kelly Preston, and his daughter, Ella.

When he was asked about the dating status of his daughter, he said,

I don’t interfere with that.I’m saving her because she has two guys that she hangs out with, I don’t ask anything about what they say or do with each other.

After his comments, Ella's mother, Kelly, instantly replied, saying she knew everything about her daughter's personal life. Ella then insisted that she was not dating anyone. As of 2019, the 18-years-old is reportedly single.