By LRU Writer | On: June 25, 2019
Elliana Walmsley was subsequently eliminated in DWTS...is attending Mesa Elementary School...participated in Lifetime Networks reality show Dance Moms....having a first glance at her height of... 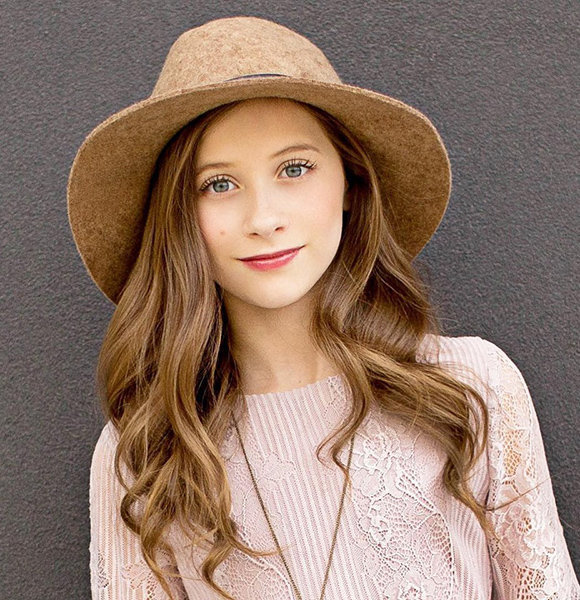 Elliana Walmsley is an American dancer and TV personality. She is well known for competing in reality shows such as Dance Moms and Dancing With The Stars. She has also appeared in the music video of DJ Snake’s track titled A Different Way.

Indeed, already at an early age, she has become a professional dancer with a massive following; more than 800,000 followers on Instagram alone.

Elliana was born on 23rd June 2007 in Colorado, United States. Her father is Kevin Walmsley, while her mother is Yolanda, a school teacher. Elliana Walmsley practices in front of her mother Yolanda Walmsley during the promotion of Dance Mom: Resurrection in 2019 (Photo: YouTube.com)

Other than her parents, she has two brothers named Luke and Jakeob Walmsley in her family.

Currently, she is attending Mesa Elementary School. Having tasted success at a very young age, the dancer keeps a very tight schedule full of hard work to balance her school life and professional dancing career.

The DWTS contestant was born a dancer; she started dancing while she was just 18 months old. From the right age, she was enrolled in the Joffrey Ballet School to learn ballet.

With the growth of her skill, she was able to win the Miss Petite Dancer America title in 2015 and several regional and national dance competitions. And in 2016, she participated in Lifetime Networks reality show Dance Moms (2011) and took home “‘Mini Solo Award” for her fantastic performance in the show.

The Colorado-born dancer also partnered with 11-year-old actor Jason Maybaum for the show Dancing With The Stars: Juniors (2018). In the show, she performed till the fifth round.

However, in her short span during the show, the duo gave a very blazing and memorable performance to the song Shake It by Metro Station. Interestingly, the same year, she won the National Female Mini Best Dancer at The Dance Awards.

As of 2019, the blonde dancer is about to return officially in the Dance Mom: Resurrection while continuing her schooling. She will be teaming up with the brand-new ALDC Elite team.

By having a first glance at Eliana’s height of 4 feet and 8 inches (1.43 meters), one can undoubtedly bet that she is a financially dependent little girl like many. But, the dancer doesn’t fall among that category of girls since she already has many sources of income to her name.

Her self-titled monetized YouTube channel has more than sixty thousand subscribers alone, whereas she has already done paid promotions for big brands like Nickelodeon, Kidpik, and Joyfolie.

Moreover, in her upcoming Dance Moms show, she will be paid $125,000, and that's just the starting salary as it will be increased along with the increase in episodes.