By LRU Writer | On: June 03, 2019
Mackenzie Ziegler catapulted to fame when she starred on Dance Moms starting at the age of...he has accumulated a net worth over...she has four other siblings... 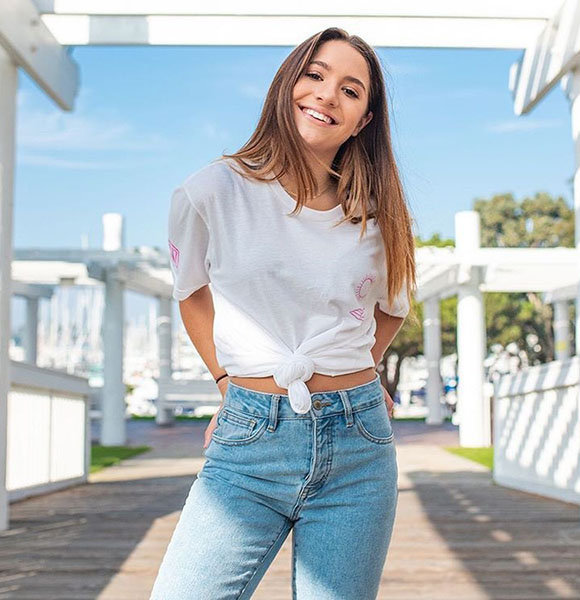 Mackenzie Ziegler catapulted to fame when she starred on Lifetime's Dance Moms starting at the age of seven. She along with her sister Maddie Ziegler and mother Melissa Gisoni made quite a splash at the Kids Choice Award-winning show.

Riding on the Lifetime's reality program’s success, Mackenzie participated in the inaugural season of Dancing with the Stars: Juniors and earned iTunes number 1 slot with her debut album Mack Z in 2014.

Mackenzie went on from being a famous reality star to the significant celebrity of Hollywood with her killer moves. Besides dancing on reality shows, she showcased her talent on dance movie, Just Like Summer in 2011.

The dancer-actor's acting credit includes guest starring in Nickelodeon series Nicky, Ricky, Dicky & Dawn. Add to that; she had another feather in her cap with modeling gigs; promoting clothes and products for brands Ralph Lauren’s Kids and Clean & Clear.

The former was for spring and fall/winter campaigns and later for fall back-to-school campaign. Besides her versatile career, the young star managed to write a book titled, MACKENZIE’S RULES FOR LIFE: How to be Happy, Healthy, and Dance to Your Own Beat in 2018.

The multi-hyphenate is stopping no time soon as she is set to join band PRETTYMUCH on their FOMO summer tour in 2019. Courtesy of her gazillion day jobs, she has accumulated a net worth over $2 million.

Besides her famous sister Maddie Ziegler, she has four other siblings. From her father’s first marriage, the Dance Moms star is blessed with two older half brothers; Tyler and Ryan. On the other hand, she boasts two older siblings from her step dad’s previous marriage. The elder step-siblings are brother Mathew and sister Michele.

Mackenzie's Famous Parent:- What Is Melissa Gisoni's Age? Has Any Wedding Pictures To Reveal With Mysterious Husband?

The reality star’s parents’ colorful dating life has given her a vast support system from her siblings. Although being kids of different sets of parents, the blended bunch are quite close and are often seen mingling on Instagram.

Mackenzie grew up on television screens. Starting her journey at the age of seven to becoming a full-fledged star as a teenager, she has come a long way. Naturally, people are attached to her and want to know everything about her, including her love affair.

Even though rumors floated that she was in a relationship with the fellow co-star of music video Day & Night, Johnny Orlando in 2016, both the young stars’ representatives denied the rumors.

However, the denial didn’t stop fans from shipping Mackenzie with her potential boyfriend, Jacob. They even went on to give them shipping name, Jenzie.

Taking about Mackenzie’s measurements, she stands at the height of 5 feet 4 inches (1.63 m) and a weight of 46 kg.