Is Emilio Estevez Married? Infamous For Affairs, Children And Net Worth

By LRU Writer | On: June 20, 2021
Emilio Estevez went onto share long-lived married life with...dating her in 1983 and shared two children with...As of now, The Breakfast Club star's net worth is valued at 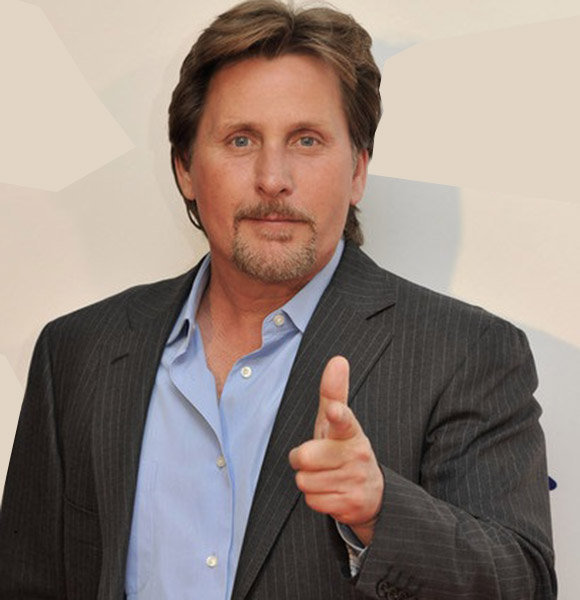 Emilio Estevez, who has always had a passion for movies, appears to have hit gold. Even more than three decades after the film's premiere, many people still praise and admire the actor's performance.

He is well known for his performance as Andrew Clark in the 1980s cult movie The Breakfast Club. Despite his dedication to his job, Estevez has not shown the same degree of commitment to his love affairs. In the past, The Public star had a long number of romances, but none of them were aimed to be long-term.

So, did the New Yorker find a woman suitable for him in the end? Let's see what we can find out!

Wife, Children, and Past Relationships

Throughout his prime years, the 58-year-old actor was intimately linked to a slew of high-profile stars. Initially, he was dating model Danielle Delaney. He did, however, have a brief romance with adult actress Alisha Klass, which we subsequently heard about.

The whispers and speculation about his affairs weren't going away anytime soon. He started dating actress Mimi Rogers in 1981, but they broke up a year later. The most notable relationship for the Repo Man actor was with model Carey Salley. He started dating her in 1983, and they went on to have two children together.

Taylor Levi Estevez, the couple's son, was born in 1984, and Paloma Rae Estevez, their daughter, was welcomed two years later. Emilion and Carey, unfortunately, split up the same year.

While dating Carey, the actor was having an affair with Demi Moore. In 1985, they eventually got engaged! The couple, however, were unable to develop their relationship and separated a year later. Conflicts arose due to him dating two girls simultaneously, which is very scandalous if you ask us.

Despite having been involved in several turbulent relationships in the past, the actor remained unphased. In addition, Estevez continued to have short-lived relationships with celebrities like Susanna Hoffs and Julie Briggs. He even tied the knot to singer Paula Abdul for four years, from 1991 to 1994, but they divorced after the artist refused to have children.

After a spate of on-again, off-again relationships with various celebrities, the actor met writer and winemaker Sonja Magdevskim in 2005, with whom he seems to have a wonderful marriage. After dating for a year, the lovely pair got engaged and married in 2006. They reside in a Malibu mansion with a Spanish flair. They cultivate vines and market them under the brand name Casa Dumetz. Emilio Estevez and wife Sonja Magdevski as seen together in 2018 (Photo: faqmousfix.com)

Their marriage has been going on for a decade; the couple has shown no clear signs of breaking up. We can only pray that Estevez's fate does not repeat itself.

What Is His Estimated Net Worth?

Estevez, who came from a family of actors, was fastidious and passionate about maintaining his individuality. Similarly, he has exhibited abilities as a writer, performer, and director since a young age, and he has been dubbed the "Youngest Versatile Hollywood personality."

The actor’s net worth, as of 2021, is currently estimated to be $18 million. It appears that some of it were enhanced by the selling of his property. In 2016, he sold his house and a complex for $6.35 million, the asking price.

Estevez has profited handsomely from the deal, as he had purchased the property for $2.2 million in 2002. Apart from performing, his job as a director contributes significantly to his net worth.