By LRU Writer | On: November 19, 2019
Emma Chamberlain hasn’t put a foot wrong since she uploaded her first video... YouTube star does not talk about it she has been heavily linked with dating fellow TikTok maker...speculated that Aaron visited Emma and her parents when Emma’s father followed the... 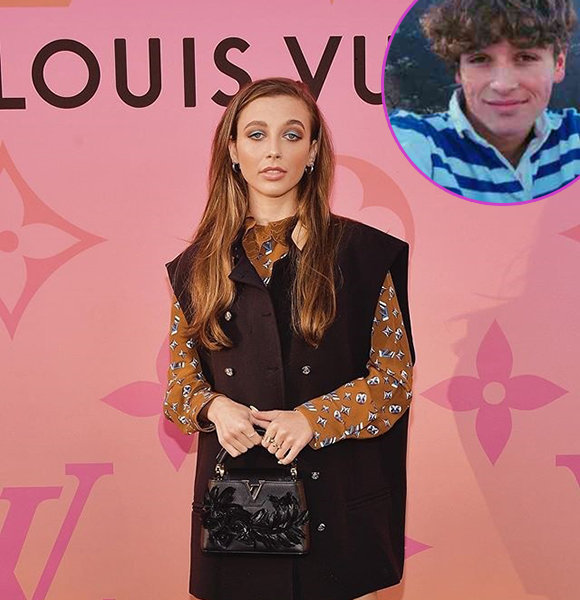 Further, she is also widely famous for her podcast, Stupid Genius, which dropped in 2019.

When it comes to dating, Emma Chamberlain likes to keep it as simple and low key as possible.

Though the YouTube star does not talk about it, she has been heavily linked with fellow TikTok star Aaron Hull. It all started when Emma repeatedly appeared on Aaron’s videos, including a Livestream in 2019.

Following her constant appearance in his videos, fans speculated the two being together and popped up with a lot of questions. Much to the delight of fans, Aaron mentioned Emma as his celebrity crush and hinted that the two were hanging out together. Since that brief exchange of sweet words, the two have been posting pictures together on several occasions.

Fans even speculated that Aaron visited Emma and her parents when Emma’s father followed the TikTok star on Instagram. Surprisingly, enough, the duo has not officially confirmed their relationship. Apart from her newly found love, Emma was previously allegedly dating another YouTube star, Ethan Dolan. The two featured in each other’s video now and then but never confirmed their relationship.

However, in August 2019, the news of the two parting ways surfaced as Emma unfollowed him on Instagram

Emma Chamberlain was born on 22 May 2001 in California. At the tender age of five, her parents divorced, but they did not abandon her during her upbringing. Further, her childhood was rough as her father was the only breadwinner in the family. Whenever he got sick and could not work, the family had a hard time making a living.

Amidst all that, she started getting depressed and often watched YouTube videos for a whole day. Though she attended high school at Notre Dame High School, the 5 feet 4 inches (1.64 m) YouTuber was not comfortable there. She struggled mentally and eventually quit school after discussing the issue with her father.

Then Emma started making YouTube videos and found comfort in the same. By 2018 she was already a famous name with millions of subscribers. Adding to that, she started a podcast named Stupid Genius in 2019, which grabbed the number one spot in 50 countries.

Now, she is a young celebrity who inspires and influences people with her broad knowledge of fashion and lifestyle.

Emma Chamberlain’s personality has managed to make a sucessful career.

She boasts 8.5 million subscribers on her YouTube channel. Further, she runs her very own merchandise business along with promoting premium brands like Louis Vuitton and Calvin Klein.

From all these ventures, the 18-year-old has managed to accumulate huge net worth. Just from YouTube alone, she earns upto $2 million. Along with that, her net worth is further boosted by sponsorship and personal branding as well.