By LRU Writer | On: November 11, 2019
Nathan Gamble does have a girlfriend, for... tabloids don't take such secrecy so well and the gay...the only son and middle child in the family, he often... minor role in critically acclaimed movies like...very minimal clue of the actors dating life... 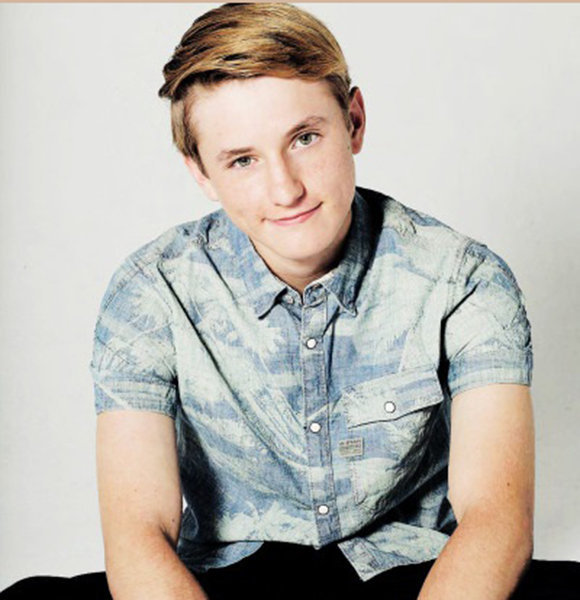 Hollywood actor Nathan Gamble isn't a household name among the viewers yet, but his memorable role in the 2011 movie The Dolphin's Tale did manage to steal the heart of audiences across the globe.

Like any child actors in the industry, he too grew up pretty fast, and fans have been more than curious to know regarding the recent whereabouts of his life, especially the relationship aspect.

So how much has he progressed career-wise alongside maintaining a love life? Let's find out.

Well, despite being involved in the entertainment business for more than a decade, there is a very minimal clue of the actors dating life.

Yup, turns out that he has learned a thing or two about the pros of maintaining a low-key profile on private life. Just look over his acting resume, and viewers will come across a range of pictures of his where he can be seen alongside A-listers such as Brad Pitt and Owen Wilson.

So, it's probable that Nathan took some wise words of these Hollywood legends on keeping personal life uttermost private.

However, in 2015, he did disclose among his fans about his relationship status. Through his Twitter handle that year, he shared quoting

"I just bought a whole bag of corned beef at Trader Joes and immediately ate all of it when I got in my truck. Remember ladies, I'm single!"

But any TV icon can flaunt their single status, can't they? Well, the exciting part is that it has been almost four years since The Goldbergs actor made this statement. And even if he does have a girlfriend, for now, it seems he doesn't want to share any details on, due to which, his gay rumors about his are imminent than ever.

Even though Nathan (height of 5 feet & 4 inches, i.e., 1.63 meters) is a shy one when it comes to sharing details on love life, it hasn't been the same case in terms of his family life.

The 21-year-old actor was born on Tacoma, Washington, to mother Christie Gamble, a theater actress, and a father, who worked in theatre as a director. So, it's apparent that his parents had considerable influence on him to pursue a career in acting.

Aside from being busy working onscreen, he always manages to spend quality time with his family. Being the only son and middle child in the family, he often features his younger sister Laura and elder sister, Danielle Gamble, in his Insta posts from time to time. Also, his elder sister is married since 2015, and with only two left to tie the knot in the Gamble family, fans are looking forward to that day.

The financial report of Nathan isn't so different from his relationship status, as well. Thankfully though, even if the exact figure of his net worth remains a mystery, it's apparent the actor is doing very well on the economic side of things. Just take a look at his acting resume and the list of projects he has been involved in says it all.

Interestingly, his movie career had an auspicious start at a young age as he made his onscreen debut from the Academy Award-nominated movie Babel in 2006. Likewise, he had some minor role in critically acclaimed films like The Mist and Christopher Nolan's masterpiece The Dark Knight. But from 2014, he became mostly involved in doing TV shows.

Where To See The Dark Knight:- Best Movies On Netflix 2019 | Monthly List

However, he appeared in the 2019 short movie titled The Choice and will be appearing in the film Skate God slated to be released in 2020.