By LRU Writer | On: November 11, 2019
Jesy Nelson's boyfriend made the news of their dating status official with...Jesy Nelson...even engaged him during Ed Sheeran's concert in...she had undergone plastic surgery... 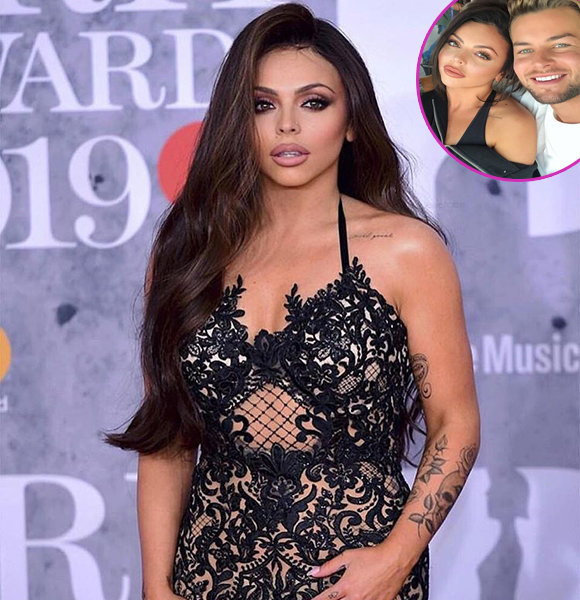 Finding the love of your life isn't a child's play. The journey towards meeting a person you can love for the rest of your life is a hard one, and it's even harder in the case of TV icons.

X-Factor fame Jesy Nelson too, found herself in the same scenario as she almost came close to marrying a person. But a lot of external and mysterious factors came into play as challenges in her relationship. But, did the actress found her muse in the end? Who else did she date in the past? Let's find out.

Jesy is currently seeing Chris Hughes, the British reality star known for appearing in the hit reality show Love Island. Her boyfriend is quite a popular figure on social media, too, as he has amassed more than two million followers on Instagram.

The two first started dating in 2019 after going on a first date at a Harry Potter-themed bar in Cauldron, London. Since then, she was spotted with Chris on several events together, but neither of them commented on or confirmed their dating status.

Finally, on 2nd March 2019, her boyfriend Chris made the news of their dating status official with a post of them kissing one another along with a caption that read,

"The only inmate I’ve ever needed"

Furthermore, as months went by, their relationship kept getting stronger, and both of them could be spotted flaunting their love life through their respective Insta handles. Her partner ever showered her with intimate wishes during her birthday,14th June 2019, citing,

"Happy birthday to a best friend, my better half and the most caring person I could have wished to meet."

On top of that, in September 2019, her partner shared his desire to start a family soon by having kids in an episode of MTV’s Geordie OGs. However, a month later, he made contradictory statements saying they were more focused on buying a house and moving in together.

Interestingly though, the strong possibility remains that Jesy is planning to step up her relationship with her muse. In September of 2019, her lover had shared about his marriage plans saying,

"I'm traditional – I like a nice church wedding and I think Jesy is open to that too. I like traditional things. I wouldn't get married abroad. No, that's not for me." So, in the coming years, their fans might soon be hearing the news of the auspicious day when they'll be saying their wedding vows. For now, Jesy's certainly sees a future ahead of her with Chris by her side.

Jesy's short-lived relation with star Eddie Brett created a significant buzz after the two were spotted together in June 2013 in a nightclub. But, she later denied dating him despite enough evidence in media of them seen together. Before Eddie, The Voice contestant had dated British dancer Jordan Banjo for ten months in 2013.

Likewise, in 2014, she met singer Jake Roche at Manchester Arena, and their relationship was going somewhere. She even got engaged to him during Ed Sheeran's concert in 2015 after he made her a marriage proposal publicly at the event. But unfortunately, the next year, the duo broke up without disclosing the reason behind the split.

Following the breakup, she dated actor Chris Clark for just three months in 2017. The same year, the songstress initiated dating musician Harry James before ending the relationship in 2018 under good terms after dating for a year and a half.

By 2019, audiences saw a dramatic change in singer Jesy Nelson's physcial attributes. Her lips, jawline, and weight (currently 64 kilograms, i.e., 141lbs) had gone through significant changes, and there were speculation that she had undergone plastic surgery.

Moreover, her regular visit to celeb surgeon Dr. Esho's clinic made the rumors more probable. However, the TV icon hasn't yet confirmed or made any comments on her plastic surgery rumors yet.

Born to English parents John Nelson and Janice White, Jesy was raised in a middle-class family. Her father is a businessman, whereas her mom works as a police community service officer.

She grew up in Romford, the United Kingdom, alongside her three siblings. As a second youngest child in her family, she has a younger brother named Joseph Nelson. Likewise, her eldest brother is Jonathan, and his sister is Jade Nelson.

As per official records, the songwriter stands 5 feet and 3 inches (1.6 meters) tall, whereas her date of birth is 14th June 1991.