By LRU Writer | On: July 28, 2021
The former model of English-American-Maltese nationality married her husband on 21st March 2009... he was married to Hollywood actress Demi Moore for 12 long years....step-mom to Bruce’s three daughters, she has two children- daughters...her parents divorced when she was at a tender... 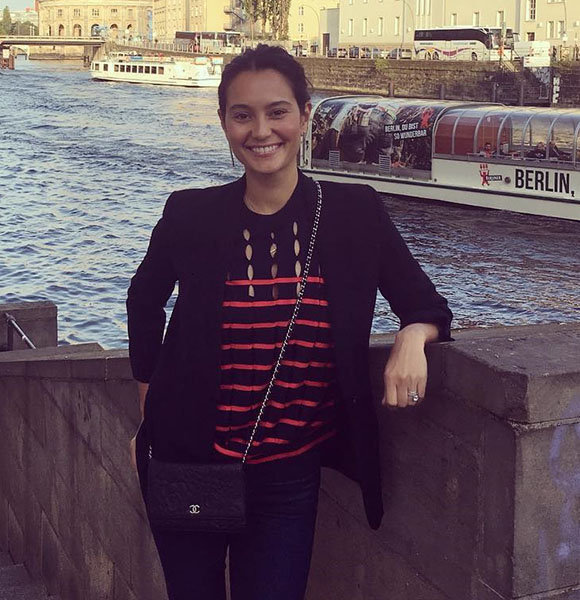 Emma Frances Heming Willis, an English-American model and an actress, is in a decade-long marriage with Bruce Willis, a German origin actor, film producer, and singer.

Taking a break from the acting and modeling world, she is now an entrepreneur of her brand. Heming now enjoys her life in solidarity with her spouse alongside their two kids.

Married To A Famous Spouse?

Emma Heming, who was already popular in the glamour field, got more exposure after her linkup news with the famous American-German actor and producer Bruce Willis.

Heming’s consort has appeared in more than 70 movies and is known for his role as John McClane in Die Hard. Heming, who is a Maltese decedent, married Bruce after two years of dating. The lifetime companions met each other at the gym back in 2007 and hit off right away.

The two exchanged their wedding vows in Turks and Caicos and kept the occasion very intimate. The wedding consisted of few guests, which involved Bruce’s three daughters from his past marriage.

While the details of the past life of the former actress-model is not evident, her significant others’ past relationships is out to the world.

Bruce, age 66, was married to his ex-wife Demi Moore, an actress. But after a decade of marriage, the two parted ways due to unforeseen circumstances. He was also in a relationship with another actress, Brooke Burns, until 2004, but his relationship with Burns didn't last as well.

Although her husband had an unstable relationship history, Heming loved Bruce for who he was and forsook his past, and the husband-wife has now moved on in life and enjoys life with two beautiful children of their own. Relishing A Happy Life With Family!!

The pair shares two daughters whom they are very fond of. The couple can be often found going on vacations with their two little ones.

Heming recently celebrated their 12th year of marriage on March 21. Taking to Instagram, she wished her muse a happy anniversary and wrote,

That’s what 12 years of marriage looks like, right? We’ve had our fair share of floating on-air ups and disheartening downs. But he is my person.

Despite all the troubles faced in their marriage, the two have stuck with each other through thick and thin. The pictures shared by the 43-year-old is truly beautiful. The former model seems to be laying a peck on his husband while he warmly smiles. The father of two beautiful daughters does not seem to get enough of little ones running around his house. Heming revealed how her husband wanted more daughters in their life.

Wishing the wonderful father a happy father's day, the actress took to Instagram to reveal how upon asking how he felt on adding a son to their family, he replied by saying he would rather want five more girls.

Bruce’s response when asked if he’d like to have a son?… “I’d have 5 more girls right now.” Happy Father’s Day to this proud

Well, the tough-looking dad surely loves his daughter dearly and is a proud girl's dad.

Highlights Of Her Career

The English-American actress, age 43, started her career as a model in London's most reputable agency. The stunning model got her first breakthrough when she was represented by Lorraine Ashton’s modeling agency. Since then, the limelight never left her sight. Emma On The Cover Of Elle Turkey Circa 2009 (Source FashionModelDirectory)

Her arresting beauty led her to bag runway shows of the most notable luxury brands. The English-Model walked for names such as Christian Dior, Chanel, Thierry Mugler, Valentino, Victoria’s Secret, and Ralph Lauren, and there are just some names we could fit.

Nonetheless, her career did not limit her to the modeling world only. She progressed to be an actress when she signed her first movie, ‘Perfume.’

The actress then went on to play movies such as ‘Perfect Stranger’ ‘The Comebacks’ that served well at the box office. The mother of two’s recent appearance in the movies was back in 2013 when she was cast in the sequel of Red, titled Red 2.

Recent Venture And Net Worth

Heming now has strayed away from the limelight of Hollywood. It's been more than a decade since the mother of two has stopped appearing in the mainstream media.

She now devotes her time and energy to her family and is the CEO of her own body care brand, CocoBaba.

The CEO’s brand caters to all the mothers out there and is specifically vegan and cruelty-free. With over 11 thousand followers on her brand’s verified social media account, the comments are filled with good brand reviews.

All through her career, the 43-year-old has indulged herself in different ventures such as runways, modeling, advertisements, movies, and she is now stable, withholding her brand and her family.

Scoring massive success throughout her career, she has been able to amass a net worth of $5 million, as reported by Celebrity Net worth. However, adding her multimillionaire husband’s net worth, their collective net worth, ranks up to $255 Million. Bruce Wills accumulated net worth is $250 million.