By LRU Writer | On: August 12, 2019
Reality star Jared Haibon was a relatively unknown figure until he appeared on the show, Bachelor in Paradise. Jared's fame enhanced once he developed a close friendship with his co-star of the show, Ashley Iaconetti. Starting off as friends, they finally turned their relationship into romance and are soon set to tie the knot. 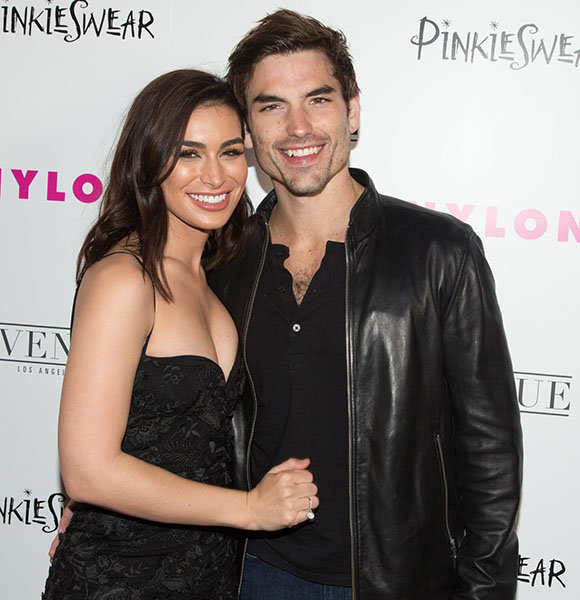 Reality star Jared Haibon was a relatively unknown figure until he appeared on the show, Bachelor in Paradise. Jared's fame enhanced once he developed a close friendship with his co-star of the show, Ashley Iaconetti.

Starting as friends, they finally turned their relationship into romance and are soon set to tie the knot.

Learn about the love affair of Jared and Ashley along with details of their engagement and wedding.

After nearly three years of remaining close friends, Jared and Ashley Laconetti decided to give a romantic perspective to their friendship. They started dating each other in March 2018, but Ashley confirmed their relationship by posting a YouTube video on 22 May 2018.

The timing was perfect for the couple as Ashley had broken up with her ex-boyfriend Kevin Wendt on March 2018. Ashley and Kevin were in a long-distance relationship as she resided in Los Angeles, whereas Kevin lived in Canada. The couple parted their ways after dating for a few months.

Post their break up, Jared, who was always a loyal friend to Ashley, grew close to her and thus their romance prospered. Fans assumed the couple to be more than friends, with Ashley even expressing her feelings of attraction to Jared on the second season of Bachelor in Paradise in 2015. The proposal was declined by the latter.

However, Jared, age 30, was not about to miss the opportunity twice as he soon proposed to Ashley for marriage after dating only for three months. Jared, who was in Mexico for the shooting of the fifth season of Bachelor in Paradise, popped the question to Ashley on Sunday, 15 June 2018.

The couple was strolling around a beach when suddenly Jared got down on one knee and raising the engagement ring. He proposed his girlfriend to be his fiance. Jared gets down on one knee to propose Ashley for marriage on 15 June 2018 (Photo: Pinterest.com)

A source revealed that the proposal didn't come out as a shock to Ashley as she was anticipating this move on the part of Jared. The source told PEOPLE,

"Ashley had her suspicions that an engagement would happen in Mexico but she didn’t want to get herself too psyched out and then have nothing happen. They’re both thrilled though!"

The lovers, who first met on Bachelor in Paradise, are genuinely in love and thankful towards the show for pairing up the lovebirds. In a July 2018 interview with Good Morning America, Jared who possesses a Caucasian ethnicity said,

"I feel incredibly lucky and grateful that everything's worked out, because I'm engaged and couldn't be happier to the love of my life, to the most amazing human being on this world. And so I just feel like a very, very lucky man."

"I'm so lucky. Seriously, every single day I'm like, 'I don't know how I'm this lucky. I am so blessed."

The engaged pair then announced their wedding date in August 2019 in Rhode Island, the home state of Jared.

Further, the couple hoped to raise a family with two to three children. They even decided the name of one of their future kids. Ashley told,

"We know the name of one of them ... but I'm not putting it out there. It's a boy name but if we're going onto our third kid and it's a third straight girl, we're definitely using it."

While the couple is busy preparing for their wedding, they are still enjoyed their time before making a life-long commitment. And, congratulations were for the lovely couple as they embarked on a journey to start a family.

Jared, who also performs the job of a restaurant manager, has a net worth of more than $100 thousand; so money was never an issue for the partners to hold a lavish wedding reception.

True to their promise, Jared married his on-and-off girlfriend, Ashley on 11th August 2019. They did so at the United Congregational Church in Newport, Rhode Island, the groom's home state.

Discussing the wedding in an interview with E! News, a close source to the married duo called the bash "a beautiful, stunning, gorgeous celebration." Birch Event Design had orchestrated the entire affair. On the big day, Jared donned a traditional tuxedo. Meanwhile, his bride stunned the crowd in a sleeveless wedding gown.

A night before walking down the aisle in the marriage ceremony, the Bachelor Nation couple held a rehearsal dinner with friends. Chronicling the festivities on Instagram, they also partied till the dusk.