By LRU Writer | On: December 11, 2019
Through her performance on the hilarious and...She first made entry into the acting scene through the horror...The beautiful actress has been swooned over by...While it is unknown where and when the couple first met, a few speculate that it was in...Ambitious and determined to be an actress, since an early age Emma took on the... 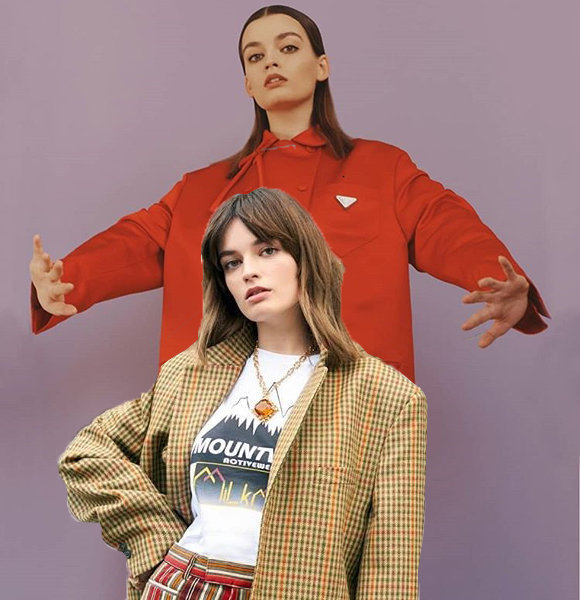 As of 2019, her new movie The Winter Lake is in its post-production phase. She has also begun the filming process for two other project Death on the Nile and Eiffel set to release in 2020 and 2021, respectively.

The beautiful actress has been swooned over by actor Dan Whitlam. Dan first made an appearance on Emma's life via her Instagram account in December 2016. However, there were no talks or news of a relationship

While it is unknown where and when the couple first met, a few speculate that it was in January 2018 that the pair first started dating. This assumption was made after Dan made frequent appearances on Emma's handle.

Not shying to showcase her affection towards Dan, her social media is filled with photos with him. The post on 14 February 2019 Valentine's day, in particular, proves that they are indeed an item. The pair are quite open about their relationship, even though they have never publicly labeled each other.

When they are free or can make time for each other, Emma and Dan can be seen roaming around places. Just in April 2019, the couple was seen at the Cannes Series in South France in some PDA packed moment.

Emma(birthname: Emma Margaret Tachard-Mackey) was born on 4 January 1996 in Le Mans, France. Her parents are Philippe Mackey and Rachel Mackey, and through them shares British- France nationality.

Ambitious and determined to be an actress, since an early age Emma took on the path of acting. She studied theatre at Leeds University. During her time at the university, Emma also directed many student productions.

After graduating, she began working as a model. She, however, later returned to the acting realm and has been making news ever since.

With her most recent hit Sex Education, the actress is considered to be one of the most prominent rising stars in the European TV industry.