By LRU Writer | On: March 21, 2019
It's not easy being a star-kid as people often confuse your success with privilege...The daughter and niece of some well-known Hollywood celebrities, Emma initially didn't look for a career like her family members...But, she had the blood of a performer running in her veins and couldn't resist acting for long... 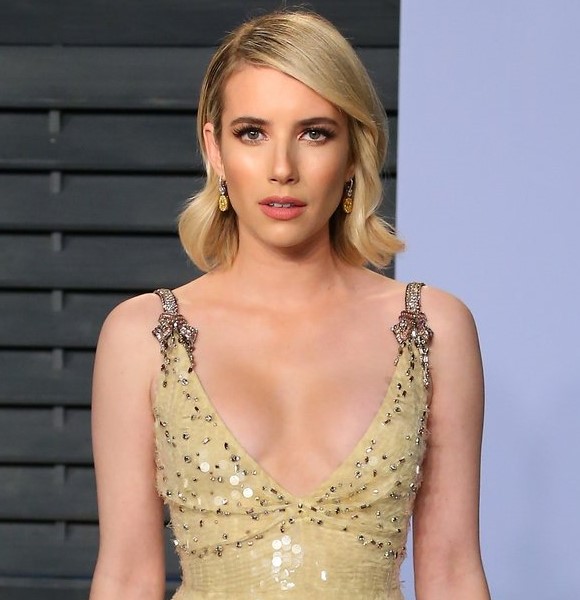 It's not easy being a star-kid as people often confuse your success with privilege.

The daughter and niece of well-known Hollywood celebrities, Emma initially didn't look for a career like her family members. But, she had the blood of a performer running in her veins and couldn't resist acting for long.

Emma Roberts was born in Rhinebeck, New York as the daughter of parents: Eric Roberts and Kelly Cunningham. Emma comes from a family of entertainers; her aunts Julia Roberts and Lisa Roberts Gillan are famous names in Hollywood.

Emma's parents separated soon after her birth and later got married to their respective new partners. The actress also has some siblings: a step-sister named Grace from her mother's side, and two half-siblings from her step-mother's previous relationships.

Although her mother didn't want Emma to take up a career in acting, Emma was intrigued by seeing her aunt Julia perform in a movie.

Emma may be the shortest member of the Roberts family with a height of five feet two inches, but her aura onscreen is enough to seduce any man or even woman.

During her run as an actor, Emma has starred in several TV shows and movies including Blow, We're the Millers, Billionaire Boys Club, Virginia, Unfabulous, Family Guy, American Horror Story, and more.

Emma currently proclaims a net worth of $15 million.

Emma's dating life might not be ancient like her acting career, but she has been actively romancing several boyfriends over the last decade.

Evan Peters, also an actor, first romanced Emma in 2012 when they were working together on Adult World.

In 2013, an incident of domestic violence surfaced in the media after Emma got arrested for physically assaulting her boyfriend. However, the actress was soon released after Evan refused to press charges.

Emma and her future husband eventually got engaged in March 2014 but, broke off their engagement two years later in 2016. After the split, Emma romanced with the American director, Christopher Hines. Unfortunately, their relationship ended less than a year of dating.

Emma soon got back together with her former fiance, Evan in January 2018. Emma Roberts with Evan Peters at the Sundance Film Festival in 2018 (Photo: Pinterest.com)

The pair got re-engaged and continued with their romance for more than a year before finally letting go of each other in 2019. An insider revealed that the break up was amicable and didn't involve a feud.

Once the commitment between Emma and Evan was over, there was no reason for the actress to remain single for the rest of her life.

Emma considered this and commenced a dating affair with the actor, Garrett Hedlund. The relationship first came to light when the duo was spotted enjoying dinner and later kissing each other in March 2019. A source close revealed that Garrett was seen holding Emma's waist and the pair looked intimate.

While both Emma and Evan have not spoken on the matter, it's very likely that the duo could be a pair to be married someday.