By LRU Writer | On: August 11, 2019
Professional basketball player...Eric Bledsoe has been in the NBA for a...traded to the Milwaukee Bucks by Phoenix Suns...signed a four-year, $70 million contract, extending his stay... 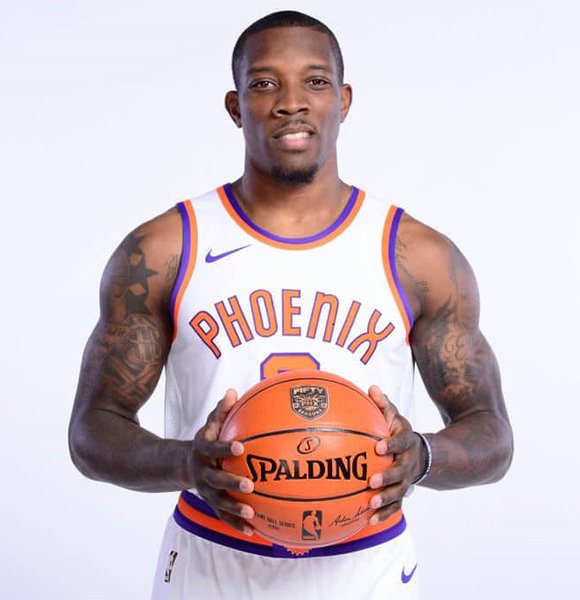 Eric Bledsoe has been in the NBA for a decade. With years of outstanding performance, the star player has cemented his name among the elites of the sports.

He was traded to the Milwaukee Bucks by Phoenix Suns in exchange for Greg Monroe on the 7th of November 2017. Just three days later, the NBA player recorded 13 points and seven assists resulting in a 94–87 win against the San Antonio Spurs.

On the 4th of March, Eric signed a four-year $70 million contract, extending his stay with the Milwaukee Bucks.

Eric was born to Maureen Reddick and Eric Bledsoe Sr. in 1989 in the state of Alabama, the United States. The athlete celebrates his birthday every year on the 9th of December.

He was raised alongside two siblings, a brother, Curtis Slaughter, and a sister, Ashley Bledsoe, in Birmingham by a single mother.

Despite the family condition, Eric excelled at his studies. He studied at the A.H. Parker in Birmingham, Alabama with his siblings, but later moved to Kentucky to further his college studies at the University of Kentucky.

Like a successful career, Eric also has a prosperous personal life.

He is in a relationship with his long-time girlfriend, Morgan Poole. She is a licensed cosmetologist and hairstylist. Megan also runs a line of hair extensions named MORE by Morgan. The pair welcomed their first child, a daughter named Ariana in 2013 and a son named Ethan later in 2015.

After several years of dating and parenting two children, in August 2016, the couple announced their engagement. Eric and Morgan tied the knot on the 1st of July 2017 in Eric’s hometown of Birmingham, Alabama.

Standing in with a towering height of 6 feet 1 inch (1.85 m) and weight of 82Kgs, Eric is swift on the court. Because of his skills, he was selected by the Oklahoma City Thunder in the first round of the 2010 NBA draft.

However, later traded into LA Clippers, Eric played 81 games with averaged 6.7 points and 3.6 assists in 22.7 minutes per game in his first season. Because of his outstanding performance, Eric earned an NBA All-Rookie Second Team selection.

Later in July 2013, the point guard was traded to the Phoenix Suns. It was the beginning of a five year season with the Suns for Eric.

One Of The Greatest :- Ray Allen Wife, Gay, Kids, Net Worth

During his time with the Suns, Eric improved his stats and led the Phoenix Suns to victory against many teams. On the 13th of December 2015, Eric recorded 23 points with nine assists plus four steals and a career-high of four blocked shots against the Minnesota Timberwolves.

His stats on the game led him to be the first guard to "four-by-four" since Dwyane Wade did it back on the 28th of February 2009.

Again, on the 7th of November 2017, Eric was traded in exchange for Greg Monroe to the Milwaukee Bucks. His current contract with the Bucks extends until 2023. He will be paid a salary of almost $20 million by the end of the term. No wonder, his net worth dwells in the millions.