By LRU Writer | On: March 12, 2020
Eric Christian Olsen is an actor popular for the portrayal of Marty Deeks in the TV show, NCIS: Los Angeles...Eric has been married to Sarah Wright since 23rd June...Eric Christian and Sarah first met in 2006 and started dating. The couple got engaged in...Eric Christian Olsen’s family includes his parents Jeanne Olsen and Paul Olsen and older brother... 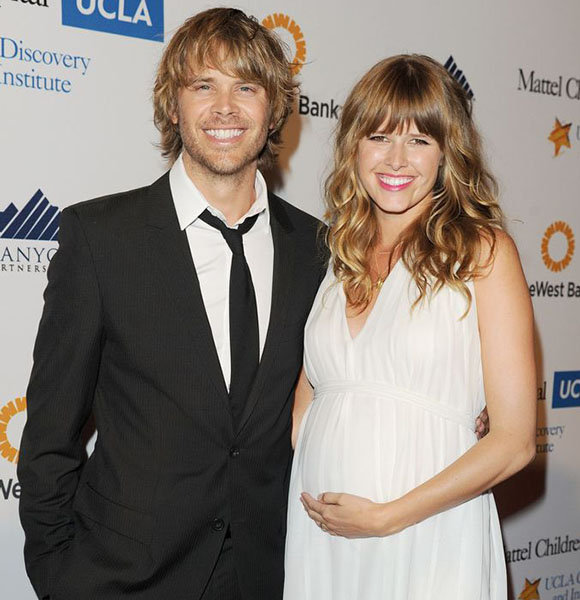 Eric has been married to Sarah Wright since 23rd June 2012. Eric Christian and Sarah first met in 2006 and started dating. The couple got engaged in 2011 and married in June 2012.

The wedding was an intimate affair with 80 friends and family in attendance, and Eric's father, Paul, officiated the ceremony. The venue, a barn near Jackson Hole, Wyo, was special as Eric's family, including his father, brother, and Sarah worked in its remodeling.

On the big day, Sarah stunned in J. Crew's dress, and Eric complemented the bride in a Calvin Klein linen pants and J.Crew oxford shirt.

Who Is Eric Christian Olsen's Wife?

Eric Christian Olsen's family includes his parents, Jeanne Olsen and Paul Olsen, and his older brother, David Paul Olsen. Eric's father is a professor of English and the head men's cross country and track and field coach at Augustana College. And his mother boasts acting credit in NCIS: Los Angeles; she appeared in a minor role in 2012.

Eric went to Bettendorf High School and later joined Hope College in Holland, Michigan. But, he dropped out of the latter to pursue a career in acting.