Erin Foster Is Married With Simon Tikhman, Her Relationship Details

By LRU Writer | On: January 02, 2020
Erin Foster is the daughter of famous musician David Foster...her dating history with ex-boyfriends...finally settling down with her partner to get married...father is engaged at the age of...alongside her six siblings...stands at the height of 5 feet 7 inches...details on her parents...carries a hefty net worth of...none other than the famous La La Land actor... 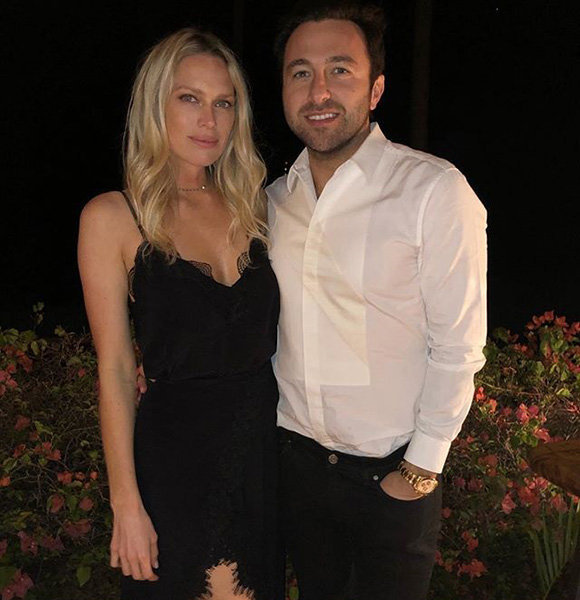 Erin Foster is the daughter of the famous musician, David Foster. An actress by profession, Erin has had minor roles in TV shows like NCIS: Los Angeles, Without a Trace, and The O.C, among many others.

The actress has dated numerous celebrities but none of them have had the tendency to last for an extended period of time.

Thankfully, Erin has finally settled down after tying the knot with her fiance on New Year's Eve of 2019.

Erin had been through multiple relationships without having anything to show for it. Thankfully, 2019 brought a pleasant surprise for her.

While on Los Angeles, she met businessman Simon Tikhman through a friend. The two hit it off in no time and began dating.

It didn’t take long for them to take their relationship to the next level; Simon got engaged to Erin on 20th August 2019 in Napa Valley Reserve in St. Helena, California. The couple made it to big news when they finally tied the knot on 31st December 2019. The wedding was a lavish one. Erin’s father, Kate Hudson, Katherine McPhee, and many others performed for the ceremony including the bride herself.

Erin's first known boyfriend was none other than the famous La La Land actor, Ryan Gosling. Not much about the romance got disclosed as the relationship came to light only after their break up, just when Erin confronted her ex-boyfriend during the promotional event of the 2012 movie, Fracture.

You Don't Wanna Miss:- Janet Varney: Her Ex-Boyfriend From Former Dating Affair is Married - What About Her?

After her affair with Ryan experienced its downfall, Erin got into a lesbian relationship with DJ Samantha Ronson in mid-2011. While dating, the pair was spotted together on numerous occasions. Rumors regarding their supposed engagement also surfaced in the media but were later dispelled.

The couple had broken up by 2012. The reason for their split was their alternate lifestyles along with Samantha not willing to commit further to the relationship.

Later, in 2013, Erin was introduced to develop a close friendship with former One Direction band member, Harry Styles. The two became more than just friends in 2014. Erin Foster and Harry Styles made their first public appearance at the Los Angeles Pumpkin Patch in 2014 (Photo: Healthyceleb.com)

Erin and Harry split up in 2015 and the breakup only became public in May 2015. As for the cause of their separation, no details were revealed.

Erin's last known ex-boyfriend was comedian Jensen Karp who she split up with shortly after dating for a while in 2015.

Born to David Foster and Rebecca Dyer, Erin grew up in Los Angeles alongside her six siblings which included her sister, Sara Foster.

Her mother, Rebecca, is the second wife of her father, who has married four times. He is currently engaged to actress Katharine McPhee, but the duo has not yet revealed anything about their wedding plans.

About David And Katherine:- Scorpian's Katharine McPhee Engaged To Boyfriend David Foster Of Twice Her Age!