By LRU Writer | On: June 17, 2019
A journalist by trade, Erin Gloria Ryan initially gained traction as the senior contributor/editor at The Daily Beast... Erin has a prolific husband prospect in TV writer... Hailing from the family of four, The Daily Beast personnel grew up alongside her biological brother... 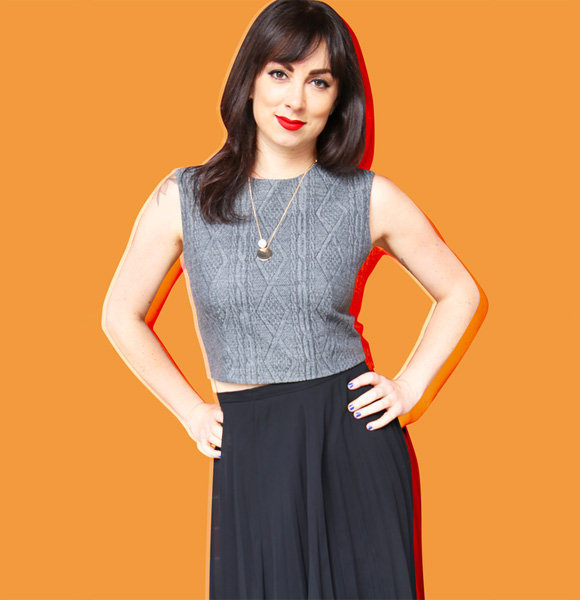 A journalist by trade, Erin Gloria Ryan initially gained traction as the senior contributor/editor at The Daily Beast.

Before joining the NY-based publishing entity in October 2016, she worked for Gawker Media - first as a news editor at Jezebel.com and then as Jezebel's managing director. In her earlier two-year-long stint at the same media house, the Wisconsin native was a writer.

In October 2017, the multi-faceted journalist joined Crooked Media. At the Los Angeles-based production company, she hosts a show called Hysteria.

Also In 2017, Erin made several notable TV appearances. Speaking before the CNN viewership in support of the Me Too Movement, she became a prominent voice.

A former contributor at the S. E. Cupp Unfiltered, the famed journalist is also a staff writer at It's Always Sunny In Philadelphia.

Erin and Joshua first appeared on each other's Instagram in September 2018. By February 2019, the lovebirds were already taking cross-continental trips to spend quality time.

Then in June 2019, the duo showcased a married couple-like commitment when they attended friends Laurel and Lowe wedding in California. Before Joshua, Erin may or may not have dated illustrator Jack Dylan but, her boyfriend shared romantic ties with a woman named Isabel Von der Mühll.

Three years into her parents' marriage, in 1983, Erin was born in the town of Frederic, Wisconsin. A Leo by birth sign, she celebrated her birthday 34th birthday on 26th July 2018.

Hailing from the family of four, The Daily Beast personnel grew up alongside her biological brother, an ultra-marathon enthusiast.

In terms of ethnicity, Erin should identify as a Caucasian ethnicity because of her Italian(dad) and Swedish(mom) lineage. Upon taking the ancestry test in 2018, her father learned about his Jewish and Scandinavian roots.

After finishing her high school education, Erin attended the University of Notre Dame. With a bachelor's degree in English, she graduated in 2005.

Post-college, the former Gawker Media personnel worked at the University of Chicago’s Neighborhood Schools Program for a year. Between 2006 and 2011, she was a registered associate at Merrill Lynch.

As a writer, podcaster and an editor, Erin takes home a sizable salary. The income, in turn, further solidifies her burgeoning net worth.

Regarding height and weight, she can't be any taller than five feet & eight inches (1.72 m) and weigh more than 65 kgs.