By LRU Writer | On: October 31, 2019
Erin Sanders got her opportunity in the entertainment firm while selling cookies out in the...the day the talks about Erin’s relationship surfaced in the media, Adam was in the...was a member of Girls Scout and sold cookies for them every... first started out as a child actor in the 2001 short movie... 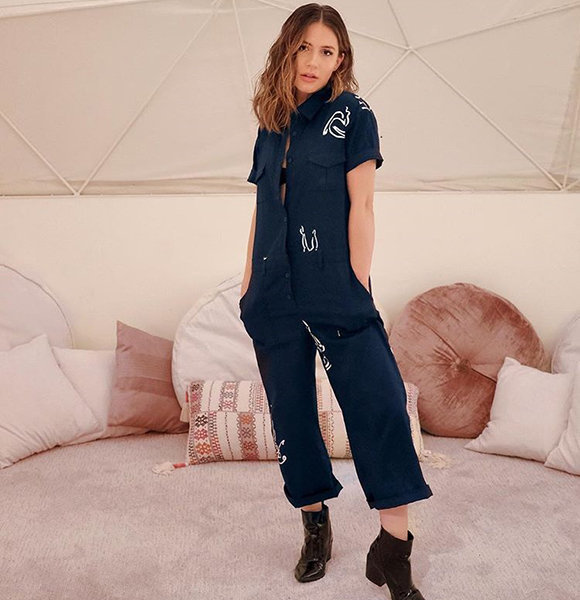 You might have heard about some bizarre ways people ended up doing what they later become famous for. Similar was the story with Erin Sanders.

The Nickelodeon star got her opportunity in the entertainment firm while selling cookies out in the neighborhood. Making the most of the chance, the Zoey 101 actress went on to build a reputation for herself on television.

Also, outside of the acting job, she is open about her lifestyle and shares pictures of her travels, fashion, and yoga with her fans via Instagram.

When it comes to dating life, Erin Sanders is very open to talking about the love of her life Adam Johan.

Since the day the talks about Erin’s relationship surfaced in the media, her boyfriend was in the picture right away. To be precise, Adam showcased his bond with the actress back in 2014 when he mentioned her as "bae." From that day onwards, the two old have not held back in anything. They enjoy each other's company and make sure everyone takes notice of it. As of 2019, their love is still going strong, and some big news might be headed towards the fans very soon.

From a young age, Erin - height 5 feet 2 inches (1.57m) - was very outspoken and friendly with people. She was a member of Girls Scout and sold cookies for them every season. In doing so, one day, she was offered a role in a short movie at the age of nine.

Though it was a new step in her life, the Castle actress was always supported by her family. Soon, she performed in one show after another and stole the spotlight in 2005 when she was cast in the role of Quinn Pensky in Zoey 101.

As of now, her acting skills have garnished to the next level, and she is coming up with two new projects, namely Along the Way and Four Hour Layover in Juarez, which are in their post-production phase. Furthermore, she can be seen in the reboot of Zoey 101, which is on the verge of making a comeback into the TV series.

Erin Sanders' life revolves around acting, but all and all, she is a talented artist, writer, director, and meditation teacher.

The 28-year-old first started as a child actor in the 2001 short movie, Art of Love. Soon, she was a guest role for productions such as NBC, CBS, and HBO, which gave a massive boost to her career.

Later, Erin went onto feature in movies and TV shows like Limelight, Guilty at 17, Big Time Rush, and Melissa & Joey. Now, she is one of the greatest TV actresses with a net worth of $2 million.

Similarly, Erin is yet to feature in a blockbuster movie that will see her career reach new heights in the future.