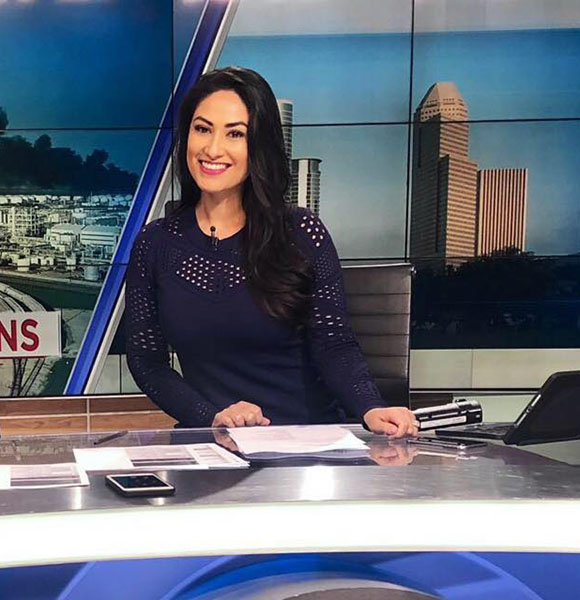 With more than a decade presence in the screen, there is almost no one, who wouldn't recognize her instantly. She is none other than, Mayra Moreno, a reporter for Disney ABC Television Group.

Mayra has successfully made a career out of her journaling passion.

Mayra Moreno was born in Guanajuato, Mexico. She moved with her family to the United States, specifically Houston, Texas, when she was very young. Her parents did not know English very well, so Mayra had to step up at a young age and support her family.

She celebrates her birthday on the 30th of November. Her exact age is unknown. However, her appearance implies that she is in her mid-thirties.

Spending her childhood in Houston, Mayra did not travel far for her education. She graduated with honors from the University of Houston.

As for measurements, she stands tall with a height of 5 feet 4 inches (1.62m) and a well-managed weight.

Secret Wedding: Who is Fiance-Turned-Husband?

With most of her time spent on screen for millions of people, the only thing Mayra can keep away from the spotlight is her private life. And, she does so gracefully. She is active on social media like Twitter and Instagram, but, she has a separate account for her friends and family.

However, despite the secrecy, there are a few nit bit details of her life that have surfaced throughout the years. The beautiful TV presenter is in a relationship. Mayra Moreno with her husband on a Fashion Show sponsored by FRIENDS OF DOWN SYNDROME ACADEMY on October 2018 (Photo: Facebook.com)

Mayra went off the market when her boyfriend dropped down on the knee and proposed her in September of 2016. The pair waited for two years to get engaged on the 26th of April 2018.

Then, they married in October 2018. However, sticking with her discreetness, Mayra has not revealed the identity of her husband.

However, rumors started stirring up that she was married to none other than Chauncy Glover. The stories gained more steam after Chauncy called Mayra his work wife.

To clear up the air and falsify the speculation, the reported dropped clues as to who her husband is; he is a former boxer and a Cowboys fan. So, definitely not Chauncy!

With regards to the beautiful Mexican’s career, she has been in journalism ever since the start.

She first began her career with an internship with FOX 26 Houston and quickly started moving up the ranks. She worked in a variety of positions throughout her time in the industry. She served as a writer for Daily Cougar Newspaper in 2006, Production Assistant with KHOU 11's Great Day Houston in 2007 and many others.

She came to the limelight when she joined ABC. After joining back in October of 2015, Mayra has been loyal to the Disney ABC Television Group. Her position with the network is as an anchor and reporter.

For now, her salary is not disclosed; however, with her talent and skill, she is undoubtedly paid more than the industry average of $40,795.