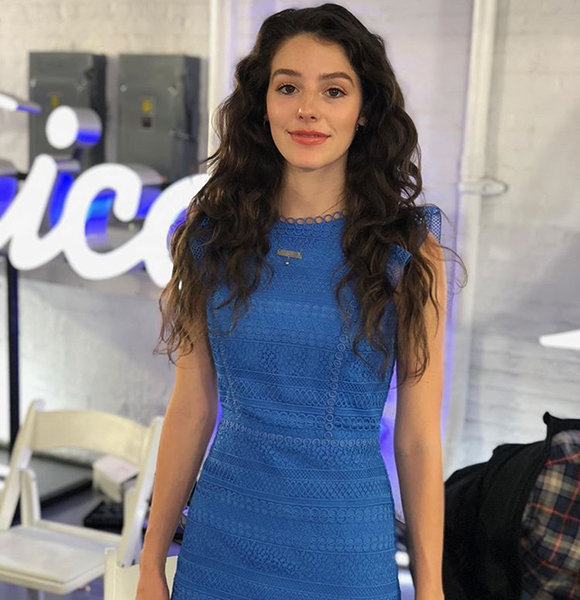 Evelyn Cormier became a breakout star from the singing reality show, American Idol. Although she did not end up winning the show, she did win million hearts and made it up to the top 14 in the 17th season of the show.

Despite her recent breakthrough in 2019, Evelyn is no newbie in the world of music and reality shows. The talented artist has been singing from a very young age, and she joined her first band at 14. On top of that, Evelyn also featured in the TLC's hit reality show, 90' Day Fiance, in 2017.

Evelyn Cormier found her husband David Vázquez Zermeño at a reality show. Well, the couple had initially met on social media after David approached Evelyn, being drawn by her exceptional singing talents.

Later, Evelyn and David - a native of Spain - appeared on Season 5 of 90 Day Fiance.

It was in the reality show, the two got to know eachother and fell in love. Eventually, David popped the question, and the couple got married in October 2017. As of now, the couple lives together in Claremont, New Hampshire. Evelyn - who dreamed of her wedding day since her childhood - had very specific ideas for the ceremony. On her big day, she donned her mother's wedding dress and jewelry, whereas her groom rocked a black tuxedo.

As of now, the couple has already completed two years of maritial bliss. Further, both Evelyn and David do not shy away from showcasing their love for each other on social media and from their PDA's, the couple seems to be going pretty strong.

Evelyn Cormier is a small-town girl born and was raised in Claremont, New Hampshire.

Her parents Jacky and  Micaiah Cormier, raised her alongside her younger brother Solomon. 20-year-old Evelyn shares a very close bond with her family, and she constantly showcases her love for her parents and brother through sweet posts on her Instagram.

You May Like:- Penelope Mitchell Dating, Family, Job, Net Worth

Evelyn's father, Micaiah, is a pastor, so her whole family is very religious and profoundly centers religion in their lives. Evelyn, too, has a profound faith as encouraged by her parents. Further, in the reality show, 90 Day Fiancé, Evelyn even opened up about not believing in pre-marital sex because of her religious beliefs.

At a vey young age, Evelyn has reached quite a height both in her professional and personal life. With a long life and a glorious career ahead of her, she is more likely to achieve even greater success in her life.