By LRU Writer | On: February 02, 2020
Faith Evans is a well-known R&B singer...is married to her husband and longtime friend Stevie J...she has four kids from previous relationships...her net worth stands around...her parents are white and African-American...birthday falls on the 10th of June...her age is...at the height of 5 feet 6 inches (1.68 meters)...before they returned to each other... 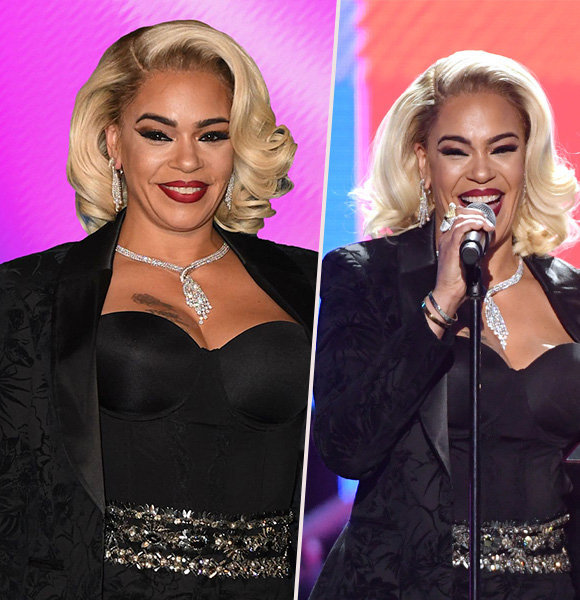 Faith Evans is a platinum-certified R&B artist. She has released six studio albums, with Faith (1995) being her debut album and Incomparable (2014) being her latest one.

Apart from singing and song-writing, she has also ventured the acting scene.

Faith worked in the TV series, Half & Half in 2004 and All That in 1999. In addition to cinematic acting, she has also appeared in various music videos, both of her own and other artists.

Faith is in a relationship with rapper Stevie J. They first met while they were with Bad Boy Records; this was around the 1990s.

However, they didn’t start dating right away. They both went on to date other people and had children before they returned to each other. Faith and Stevie started dating on and off from around 2016 during the Bad Boy Reunion Tour. Faith Evans with her husband Stevie J during an award ceremony (Photo: Heavy)

The couple got married on the 17th of July 2018. Their marriage was a spontaneous thing, and they got married in Las Vegas during a business trip.

In March 2019, MTO News even revealed that Faith was pregnant.

Faith dated a few guys before she got together with Stevie.

The musician dated a guy named Kiyamma Griffin from 1992 to 1993. They had a daughter together named Chyna Griffin, who was born on the 1st of April 1993.

Another Singer:- Who Is Gerard Way's Wife? Daughter, Net Worth, Height & Facts

After this, she went on to be with musician The Notorious B.I.G. They got married on the 4th of August 1994. Their son, Christopher Jordan Wallace Jr., arrived on the 29th of October 1996.

Notorious was killed on the 9th of March 1997 in Los Angeles. He was only 24 years of age at the time of his death.

After her husband’s death, Faith went on to be with a guy named Todd Russaw.

Faith owns an estimated net worth of $9 million, according to Celebrity Net Worth. She made this money through her career in music.

Another Music Producer:- Alison Wonderland With Hurtful Experiences! Doings Of Her Boyfriend?

On a similar topic, her husband, Stevie J, has a net worth amounting to $5 million.