By LRU Writer | On: December 20, 2019
Famous Debo celebrates his birthday on...profile on his family life, especially his parents... girlfriend first made an appearance in one of his posts on... frequent collaborator Brooklyn Queen is the daughter of rapper... 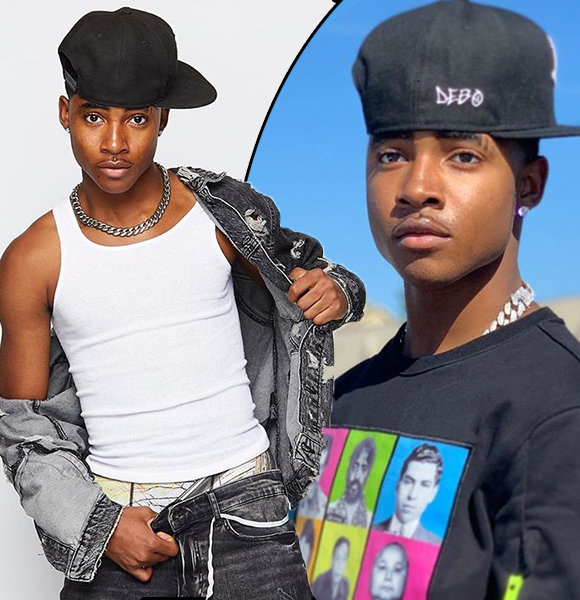 Instagram star Famous Debo is mostly known as the second half of the famous dance group, Chris and Debo Mafia. He performs alongside his partner Chris Gone Crazy, who is a notable name in the social platform as well.

Famous also runs a successful YouTube channel alongside his partner, which has amassed more than 170 thousand subscribers. As a result, he has gained a loyal fan following in his Insta handle as well.

Today, his Insta handle, which he runs under the username _famousdebo consists of more than 870 thousand followers.

The Instagram star has been romantically linked to Brooklyn Queen. She is a Detroit based rapper known for her viral music video titled Keke Taught Me.

Famous's rumored girlfriend first made an appearance in one of his posts on 22nd June 2019, which prompted their dating rumors.

However, on 15th December that year, the two were spotted in yet another picture with a caption that read "My Dawg (slang word for a close friend). So, it was pretty evident through this that they are just in a friendly relationship.

Also, Brooklyn can be found commenting on his several posts. Interestingly, Famous and Debo have been collaborating in his Dubsmash video as well. So, only time will tell if something they'll step up their friendship in the coming days.