By LRU Writer | On: December 18, 2019
Rapper Famous Ocean's Real Name is...celebrates her birthday on...One of her siblings named...she convinced her boyfriend that she was cheating him...She first started dating Chris back in 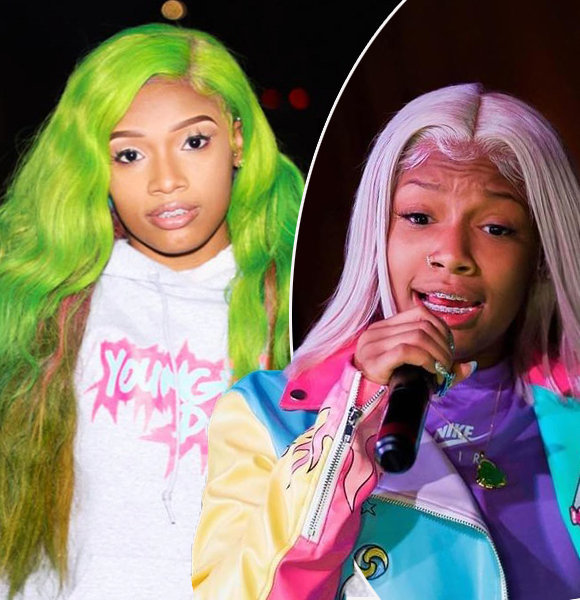 Famous Ocean rose to fame following her affiliation with the hip-hop group Hollywood Dollz. As a member of the group, she is responsible for hit tracks such as We Got The Hit and Too Cute.

Outside her music career, she is a social media icon as well. Her Instagram handle has amassed more than one million followers with a strong fanbase on YouTube as well.

Famous Ocean is dating Chicago based rapper and Instagram star Chris Gone Crazy. Her boyfriend has a huge fan following on the platform with more than one million followers. Chris is also one half of the group Chris & Debo Mafia and even runs a famous YouTube channel under the same title.

She first started dating Chris back in 2018, and throughout their dating period, they were in an on-off relationship. The two even broke off in May 2019, and she announced her a video in her YouTube channel titled THE REASON WHY ME AND CHRIS BROKE UP.

She disclosed the reason behind the break up citing challenges in their relationship due to their friends and fame. However, the two got back together the same month. Interestingly, in the same year, things almost took a heated turn in their relationship. On 15th December 2019, Famous posted a prank video where she convinced her boyfriend that she was cheating him, and by the end of the video, viewers could see Chris convinced, and almost a fight escalated.

However, things cooled down after she convinced him that it was nothing but a prank video for her YouTube channel.

Famous's verified net worth hasn't yet made it to the internet's database. Still, her sources of revenue are well known due to her success in the arena of the internet.

Her YouTube channel, titled Famous Ocean x Kung Fu remains a vital part of her income with more than 240 thousand subscribers. Moreover, as per social blade, her yearly earning from the platform is $51 thousand.

All thanks to her fame, she has done paid endorsements for brands such as Krowned K Extensions, The Baddie Factory, and The Jewelerz.