Is Lil Tecca Dead? Check His Net Worth & Girlfriend Details

By LRU Writer | On: December 15, 2019
Lil Tecca is a young rapper who took the internet by storm with his song, Ransom despite his young age. The song...There were rumors of Lil Tecca being shot dead in JFK airport in September 2019. Despite the lack of evidence...Lil Tecca’s real name is Tyler-Justin Anthony Sharpe. His birthday is on 26th August... 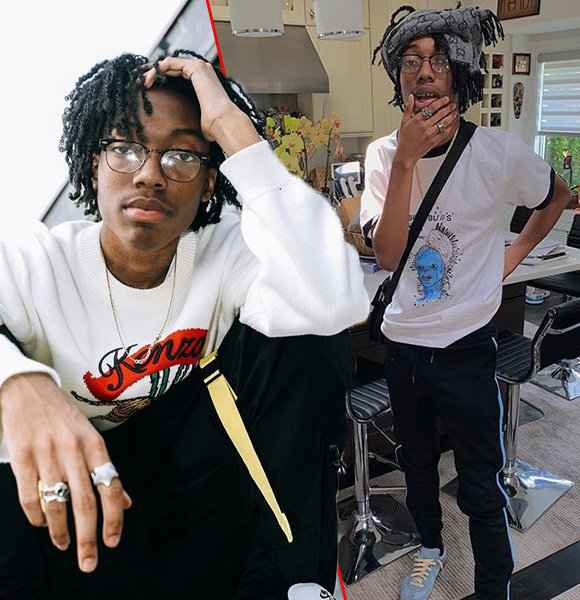 Lil Tecca is a young rapper who took the internet by storm with his song, Ransom. The song reached #4 on the Billboard Hot 100 chart and has amassed over 190 million views on YouTube and over 400 million plays on Spotify.

There were rumors of Lil Tecca being shot dead in JFK airport in September 2019. Despite the lack of evidence or the fact that no shooting had taken place inside the airport since 2016, the matter blew up.

Another Artist With Lil In Name:- Who Is Lil Skies Girlfriend? Also About Mom, Brother, Dad & More

It wasn’t long until the news was known to the majority of his fans. Some directly tweeted at Lil Tecca, asking about the rumors. Thankfully, the young rapper was alive and well. He answered his fans' questions and put an end to the baseless gossip.

As for the reasons why anyone would spread such an absurd rumor; in his own words:

Lil Tecca’s real name is Tyler-Justin Anthony Sharpe. His birthday is on 26th August, and he was born in 2002 in Queens, New York City. His family moved to Long Island later on, where he attended the Lawrence High School in Cedarhurst.

Lil Tecca is in a relationship. His girlfriend’s Twitter account is @lelyyyxo, and her IG is “g.blxo.” Besides that, not much is known about their relationship, but Tecca occasionally posts photos with her.

A conflict between rapper Lil Mosey and Lil Tecca arose in October 2019. The beef started when a fan of Lil Mosey asked if he had any thoughts about collaborating with Lil Tecca during an Instagram live session in September 2019. Lil Mosey answered the question with the following reply,

“F**k Tecca. Don’t ever bring his name up in my [Instagram Live] one more time.”

To understand why Lil Mosey is so aggressive towards Lil Tecca, events from a while back have to be taken into consideration.

Previously in an Instagram freestyle, Lil Mosey mentioned someone who “stole his rhymes.” While he didn’t mention specifically who he was referring to, his fans believe that it was Lil Tecca. If that was indeed the case, Lil Mosey's reaction is understandable.

In reply to Lil Mosey’s remark, Tecca’s fans chanted “F**k Mosey” in one of Lil Tecca’s shows. As of now, nothing noticeable has happened since then.

Lil Tecca’s tour started on 27 October 2019. Multiple of his singles, albums, and mixtapes have made their way up the ladder of charts such as Billboard and US R&B/Hip-Hop charts. Given his popularity and dedicated fanbase, it is not a surprise that his music sells well.

1. Lil Tecca wanted to be an NBA player.

2. He started making music after dissing a friend on Xbox.

3. His parents are Jamaican.

4. He has said that if he didn't make it big in the music industry within five years, he would become a heart surgeon.